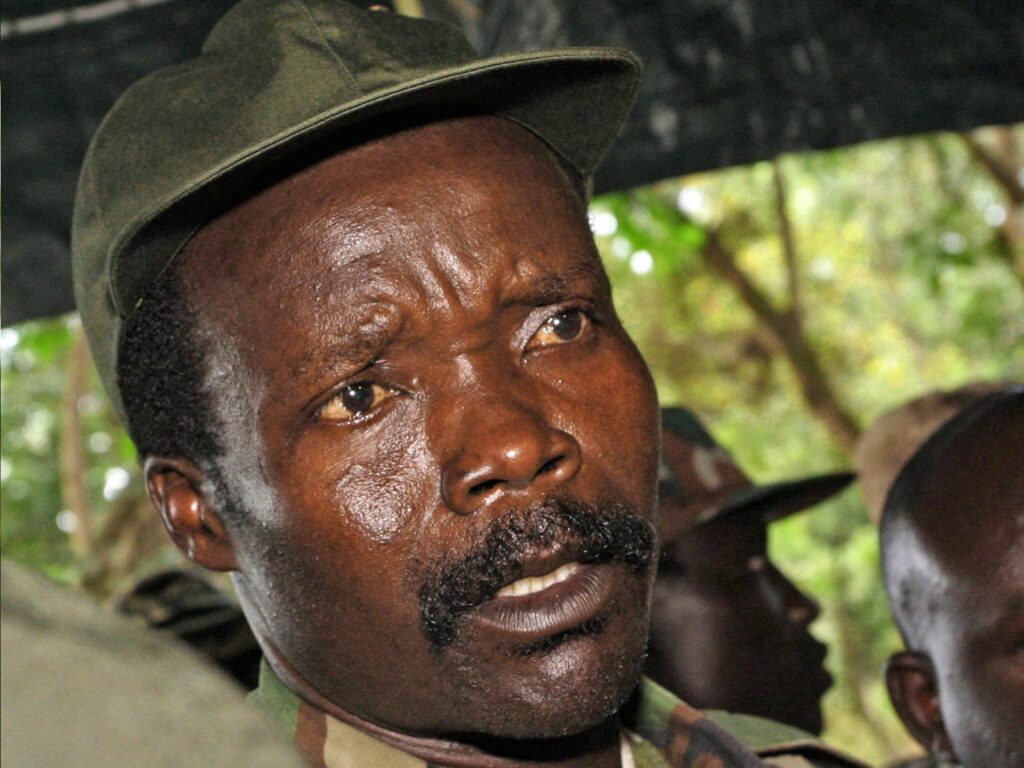 Some sections of the Ugandan media is reporting that Ugandan warlord Joseph Kony who is wanted at the International Criminal Court at Hague for war crimes and crimes against humanity has reportedly dies following infection by the deadly coronavirus disease.

The Ugandan media however reported – quoting senior army commanders in the UPDF – that the army command is “yet to get any information regarding death of LRA leader, Joseph Kony, which is widely making rounds on social media.”

The reports indicate that Kony succumbed to COVID19 in Central African Republic.

Who is Joseph Rao Kony?

Joseph Rao Kony born 1961 is a Ugandan insurgent and the leader of the Lord’s Resistance Army (LRA), a guerrilla group that formerly operated in Uganda.

While initially purporting to fight against government oppression, the LRA allegedly turned against Kony’s own supporters, supposedly to “purify” the Acholi people and turn Uganda into a theocracy.

Kony proclaims himself the spokesperson of God and a spirit medium and claims he is visited by a multinational host of 13 spirits, including a Chinese phantom.

Ideologically, the group is a syncretic mix of mysticism, Acholi nationalism, and Christian fundamentalism, and claims to be establishing a theocratic state based on the Ten Commandments and local Acholi tradition.

Kony has been accused by government entities of ordering the abduction of children to become child soldiers and sex slaves.

Kony was indicted in 2005 for war crimes and crimes against humanity by the International Criminal Court (ICC) in The Hague, but he evaded capture.

Kony has been subject to an Interpol Red Notice at the request of the ICC since 2006. Since the Juba peace talks in 2006, the LRA no longer operate in Uganda.

Sources claim that they are in the Democratic Republic of the Congo (DRC), the Central African Republic (CAR), or South Sudan. In 2013, Kony was reported to be in poor health, and Michel Djotodia, president of the CAR, claimed he was negotiating with Kony to surrender.

By April 2017, Kony was still at large, but his force was reported to have shrunk to approximately 100 soldiers, down from an estimated high of 3,000.

Both the United States and Uganda ended the hunt for Kony and the LRA, believing that the LRA was no longer a significant security risk to Uganda.