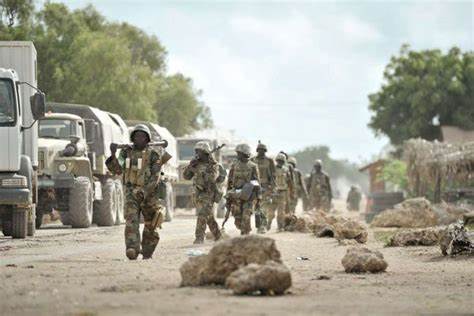 Uganda’s army said its troops killed 189 fighters of the Al Qaeda-linked Al Shabab militant group in an attack on their camps on Friday.

Ugandan troops are part of the African Union peacekeeping mission deployed in Somalia to support the central government and stop Al Shabab’s efforts to topple it.

The Ugandan People’s Defence Force said in a statement that its soldiers raided Al Shabab hideouts in the villages of Sigaale, Adimole and Kayitoy, just over 100 kilometres south-west of the capital Mogadishu, in the Lower Shabelle region.

The raid “saw the forces put out of action 189 Al Qaeda-linked fighters and destroyed a number of military hardware and items used by the terrorist attacks”, the army said.

Two Al Shabab commanders were arrested and handed over to the Somali army, it said.

Ugandan troops “did not incur any loss or injury, nor did any civilian target get affected,” the statement said, citing Brig Don Nabasa, a Ugandan commander on the ground.

A spokesman for Uganda’s army, said that the Friday morning operation involved ground and aerial assaults.

The group, which aims to topple Somalia’s government and impose its own harsh interpretation of Islamic law, controlled most of south-central Somalia until 2011, when it was driven out of Mogadishu by African Union troops.

Despite the loss of territory, Al Shabab continues to hold sway over parts of the country’s central and southern regions and still carries out major gun and bomb attacks in the capital.

The 19,000-strong multinational AU force is set to withdraw from Somalia by the end of the year and hand over responsibility for the country’s security to Somali forces.

Last month former US president Donald Trump ordered the withdrawal of hundreds of American troops involved in operations against Al Shabab in Somalia.