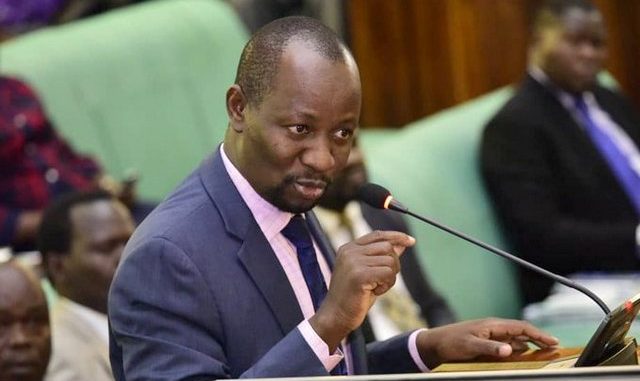 Kiira Municipality MP Ibrahim Semujju Nganda has candidly pronounced himself on a number of things including the consequences the Kyagulanyi wave has had on his FDC party. He commends Kyagulanyi for the new momentum he has brought to the struggle but faults him for narrowing the same by resenting fellow opposition actors who aren’t members of his NUP.

Semujju says if Besigye had used the same annihilation approach, for the all the years he had the strongest political wave in the opposition, he would equally have conscripted the likes of Betty Nambooze, Erias Lukwago and others into his FDC. Besigye equally worked with Mathias Mpuuga, Medard Segona, Muwanga Kivumbi, Lulume Bayiga and others without ever requiring them to become FDC even when he was in such a strong position to do so. Semujju says, even now, it’s not too late for Kyagulanyi to look beyond NUP and realize that many other colleagues can equally play a very big role in overcoming Gen Museveni without having to first leave their respective political parties to profess NUP.

Semujju Nganda says that the broader opposition electoral gains against Gen Museveni in the 2021 elections would have been much more if CBS radio hadn’t used its airwaves to encourage and give generous airtime to Dr. Abed Bwanika to demonize FDC and Col Besigye on a weekly basis. That the demonization greatly deflated FDC and constrained its capability to hold onto its support bases in Northern Uganda, Kigezi, Teso and Kasese where the Kyagulanyi wave had minimal impact and needed being complimented by the same FDC which his men like Abed Bwanika, aided by CBS’ Med Nsereko, spent years demonizing. That beyond Buganda and Busoga, which NUP galvanized, its only FDC that could successfully have had the network of local political leadership to stand up to the NRM regime’s rigging machinery even in defense of Kyagulanyi’s vote but the Najjanankumbi party’s capabilities had been eroded and weakened by sustained propaganda that was administered directly by NRM and its inadvertent allies in the opposition like Dr. Abed Bwanika.

Semujju says the fact that FDC still returned with its 30-something MPs is proof that the propagandists, like Abed Bwanika, who used CBS and other media platforms to demonize it, didn’t succeed in politically obliterating the same. He says that notwithstanding all the wars and reservations some might have about NUP, opposition groups within and outside Parliament must unite under its leadership and operate together out of necessity regardless of which party has the highest number of MPs. Semujju also regrets the defeat suffered by colleagues like Paul Mwiru, Kassiano Wadri, Gerald Karuhanga, Angeline Osege and others who were great legislators notwithstanding their defection to Gen Muntu’s ANT

On the NUP mayoral candidate Nabillah Nagayi, Semujju Nganda says he is very happy that confused trouble-causers like her are no longer part of FDC. He says Nabillah is a very complicated indisciplined character whose absence from FDC he can’t stop celebrating.

This exactly is how the FDC publicist makes his point on Nabillah Nagayi who also curiously had the strong support of ex-Makerere VC Venescias Baryamureeba: “There is nothing I have celebrated like the departure of Nabillah Nagayi. Let them take their indiscipline elsewhere: they will be exposed with time. People will know they were the problem and not FDC. People should watch them wherever they have gone. They will either have to adjust their conduct or they will be thrown out.” He adds: “Nabillah goes to attend a Museveni nomination meeting in the morning and in the afternoon, she sits in another nomination meeting with Mbabazi and the following day she is the first one to arrive to nominate Besigye. Do you want such a character in your party?”

Semujju vows to always remain a very principled politician, never jumping into things he doesn’t believe in, even if that means losing his own political position. He is indeed proud to have stuck to his POA even when he knew he wasn’t more popular than Kyagulanyi.