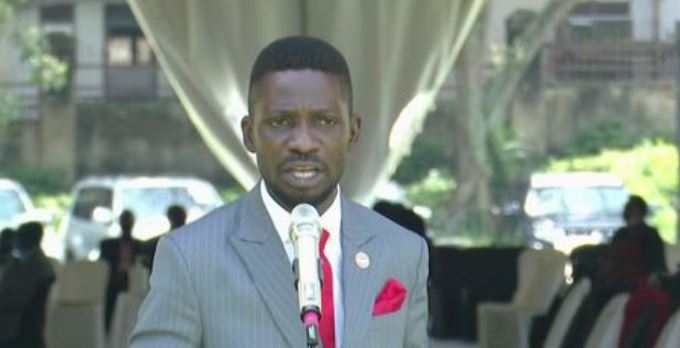 National Unity Platform (NUP) former presidential aspirant Robert Kyagulanyi aka Bobi Wine has demanded a repeat of the recently concluded presidential elections, after he rejected the results that put president Yoweri Museveni in the lead, saying it one not free and fair.

Bobi Wine today filed a petition against President Museveni’s sixth term, claiming that he was not legally voted  into power by Ugandans as the Electoral Commission asserts and thus wants court to annul the election and announce a rerun of the same.

Ssegona added that; “Besides repeating the election because it was marred with violence and malpractices, there are other demands in the petition which include excluding the military from the election.”

Bobi Wine contends that he won the election but was deprived of his victory by the Electoral Commission after it instead announced Museveni as  winner, well-knowing that the election had been marred with violence and lots of malpractices.