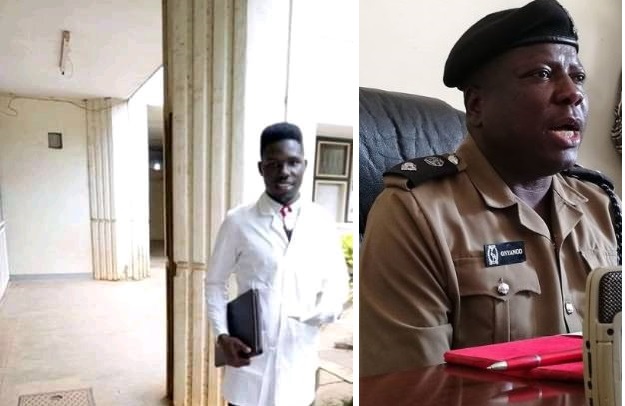 The Uganda Police have finally spoken  out about Emmanuel Tegu, a Makerere University Veterinary Medicine student, who died last week under mysterious circumstances.

Tegu was rushed to Mulago Referral Hospital in critical condition after allegedly being clobbered while at Makerere University.

According to the police, Tegu was a son of a police officer a one Sgt. Okwalinga. The Police also said that Tegu had Bipolar, a mental illness.

According to preliminary findings, on the night of his murder, Tegu had informed his girlfriend that he was going to church. However, Police teams got a disturbance call from area councilors and responded to the call.

The victim was found half-naked in Makerere University by patrol teams and had no identity card on him.

The police also revealed that Tegu became more aggressive as they (patrol teams) tried to pursue him and started pelting them with stones.

According to police, CCTV footage shows him pelting officers with stones.

It was also revealed that Tegu reached Centenary Bank MUK and tried to attack the guards there. One of the guards raised an alarm. Residents from Lumumba Hall descended on him.

Meanwhile, the Police also revealed that seven suspects are in custody in connection to Tegu’s murder.