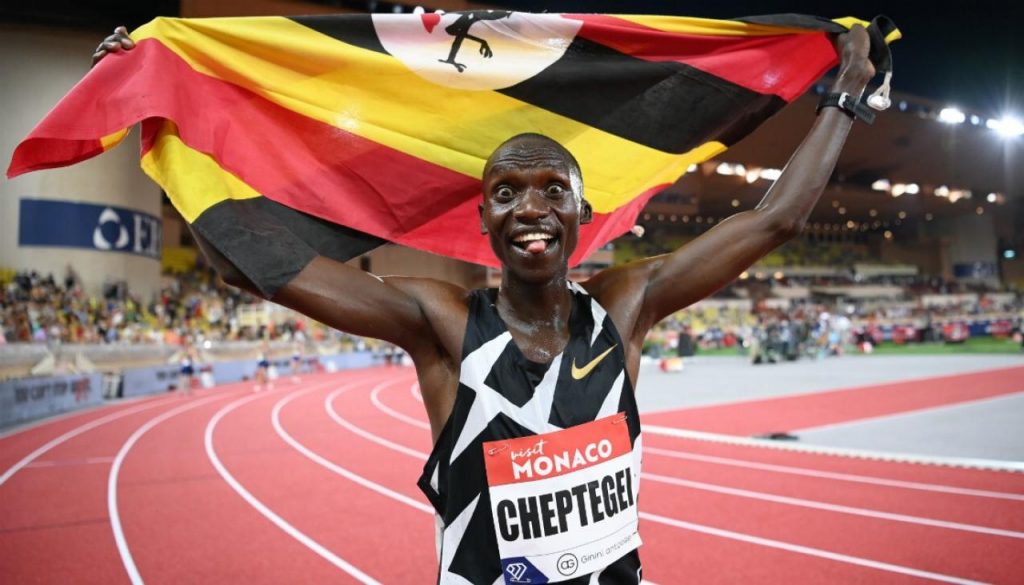 Ugandan gold medalist Joshua Cheptegei has been promoted by the Police Appointments Committee (PAC) to the rank of Assistant Superintendent of Police (ASP).

The revelation was made by the Police deputy spokesperson Polly Namaye, who said that Police officials on Police Appointments Committee (PAC) made the promotion recommendation to the President, who is endorsing it any time.

“The Police Advisory Committee (PAC) has recommended IP Joshua Cheptegei who broke four world records in long distance competitions, for promotion to his next rank of ASP,” Namaye noted on Monday.

“The PAC meeting sat and made a recommendation to promote Cheptegei Joshua to the next rank. Other details shall follow to implement this recommendation,” she added.

Cheptegei hoisted Uganda’s flag on the world map after he broke the 10,000m track world record on October 7, 2020.

Cheptegei and PAC now await  the President, who over time, has played a pivotal role in the rehabilitation of Cheptegei’s track tenacity following his world cross-country implosion at Kololo in 2017, to endorse the promotion.

Since that time, Cheptegei has been a rising star, who later won silver at the world championship in London that very year. He has since transformed into one of the greatest athletes Uganda has ever produced.

This month he also made a first attempt at the World Half Marathon Championship race in Poland, which was won by compatriot Jacob Kiplimo, also a Ugandan, while Cheptegei finished in fourth position.