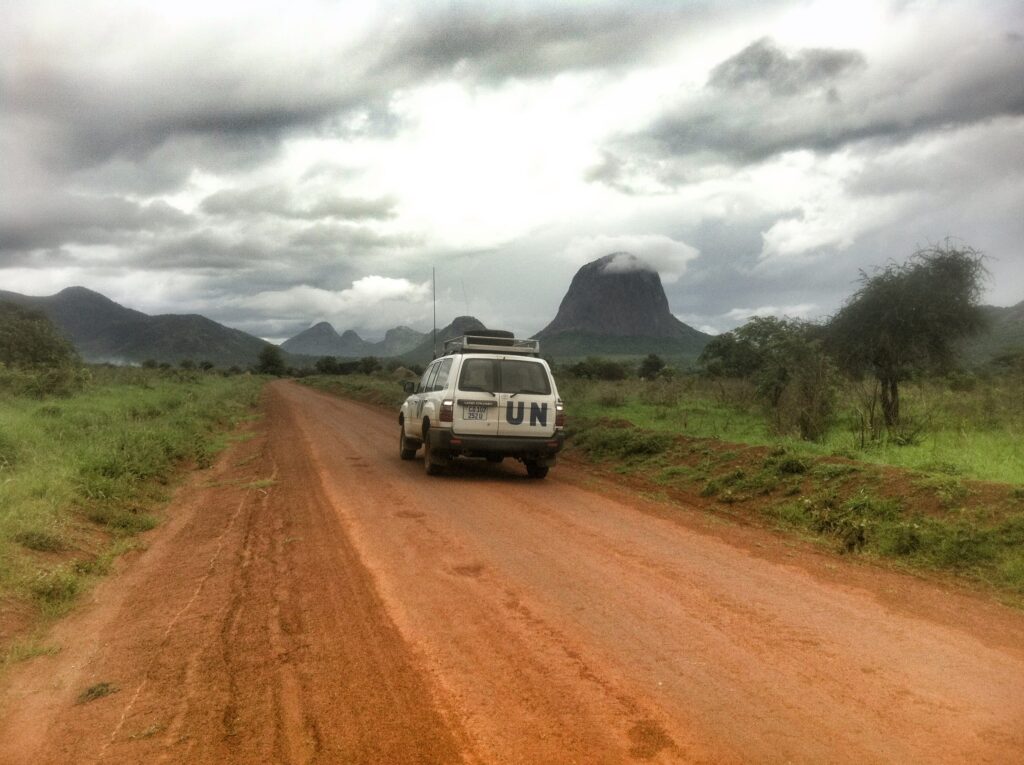 Allegations include trading food for sex from vulnerable women.

The United Nations has launched an investigation into allegations of sexual abuse and the exploitation of vulnerable women by members of its staff in Uganda’s drought-stricken northeastern Karamoja region.

The inquiry by the UN’s Office of Internal Oversight Services, which began early this month, follows allegations by a whistleblower of sexual abuse and exploitation by a United Nations Population Fund (UNFPA) staffer against a “female victim” – and a more general pattern of serious sexual misconduct by other UN staff working in what is Uganda’s poorest region.

The allegations centre on the World Food Programme compound in the town of Moroto, and involve UN staff demanding sex from local women in exchange for food, and the hiring of sex workers who are brought onto the UN base, several UN personnel in Moroto told The New Humanitarian, speaking on condition of anonymity.

Staff of several UN agencies stay in the WFP compound, which provides office space and sleeping quarters in a region where more than 500,000 people are facing food shortages.

“We have been informed of the allegations made against UN staff residing at the compound managed by WFP in Moroto and are investigating,” Amanda Lawrence-Brown, WFP’s Nairobi-based regional spokesperson, told TNH.

“There is no place for any form of sexual harassment, exploitation, or abuse at the World Food Programme, including by non-WFP staff residing at compounds managed by WFP in the field,” she said.

The allegations centre on the World Food Programme compound in the town of Moroto, and involve UN staff demanding sex from local women in exchange for food, and the hiring of sex workers who are brought onto the UN base.

Lawrence-Brown noted that for security reasons she could not divulge how many UN staff stay at the base, but said WFP is also investigating any breaches of security protocols.

Private guards at the compound are supposed to vet all visitors to the base, she added.

In response to the allegations of sexual abuse and misconduct by staff in Moroto, Rosa Malango, the UN’s resident coordinator in Uganda, sent an email to all UN heads of agencies earlier this month.

“I look forward to the updates from UN heads on action taken so far including the immediate suspension of staff pending the conclusions of investigations,” Malango said in her email, which TNH has seen.

“Internal procedures are under way and we cannot comment until the facts have been established,” Malango told TNH separately this week. “These are allegations which need to be investigated.”

Malango emphasised that the UN has a zero-tolerance approach to sexual harassment and abuse, and said the “concerned agencies are dealing with the issue”.

In an email sent to TNH entitled, “Uganda the next Haiti for the UN”, a group of UN staff condemned Malango for her message to the agency heads.

The group, whose members were unidentified, claimed that Malango’s note contained “confidential and sensitive information” that should “never have been circulated to internal email groups”.

The email, sent to TNH via a private gmail account, accused Malango of playing internal UN politics as part of an alleged attempt to “divert from her own incompetence”.

The Haiti reference in the title of the email was possibly a nod to the Oxfam scandal when the British NGO was accused of covering up claims staff sexually exploited victims of the 2010 earthquake.

Malango said her note to UN agency heads should not have been shared externally.

Karamoja was the centre of an earlier UN scandal. In 2019, at least four people died and nearly 300 others became unwell after eating WFP fortified cereal. The agency was accused of negligence.

Semi-arid Karamoja, on the border with Kenya, is Uganda’s least-developed region, where one in three children are stunted as a result of poor nutrition.