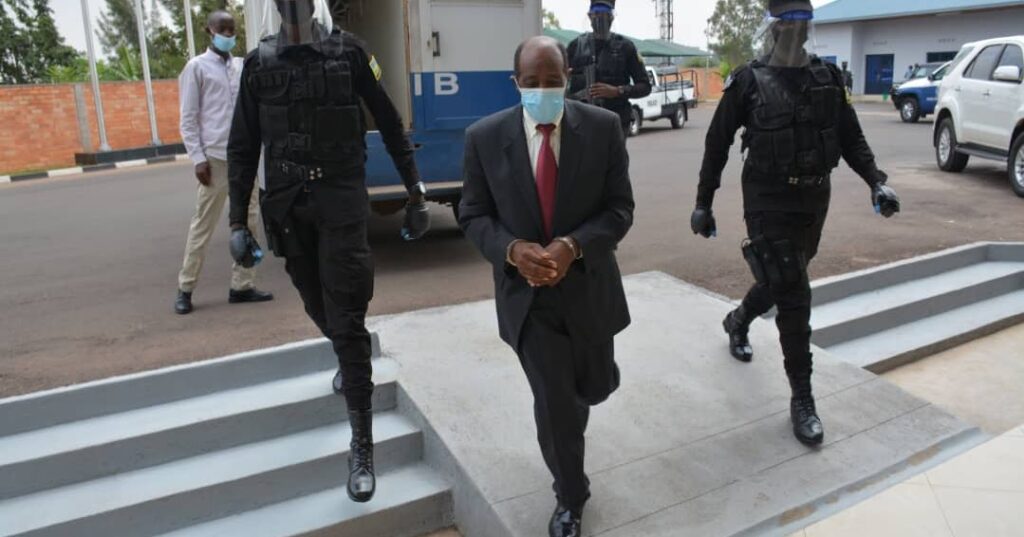 Lawyers for Paul Rusesabagina, a former Rwandan hotel manager who sheltered people during the nation’s 1994 genocide, will appeal a court decision to deny him bail.The court took the decision Thursday after Rusesabagina appeared on charges including terrorism earlier this week. His lawyers had asked that he be granted bail, partly on health grounds.“We find it necessary that Rusesabagina is provisionally detained in a prison facility for 30 days,” Judge Dorothy Yankurije said. “This will partly ensure that he does not sabotage ongoing investigation in his case.”

The American Bar Association Center for Human Rights yesterday in a statement said that it plans to monitor the trial of Rusesabagina for fairness as part of the Clooney Foundation for Justice TrialWatch initiative.“Our TrialWatch monitors will be on hand to ensure that the proceedings adhere to international standards of due process and that Mr. Rusesabagina will be given a fair and transparent trial,” CFJ co-founders, George and Amal Clooney said.

An outspoken critic of President Paul Kagame, Rusesabagina was portrayed as a hero in the Oscar-nominated 2004 Hollywood movie ‘Hotel Rwanda’ for helping shelter over 1,200 people from extermination squads.

The 66-year-old Belgian citizen with permanent residency in the U.S., was presented to the media by the Rwanda Investigation Bureau on Aug. 31, after he was arrested at Kigali International Airport.