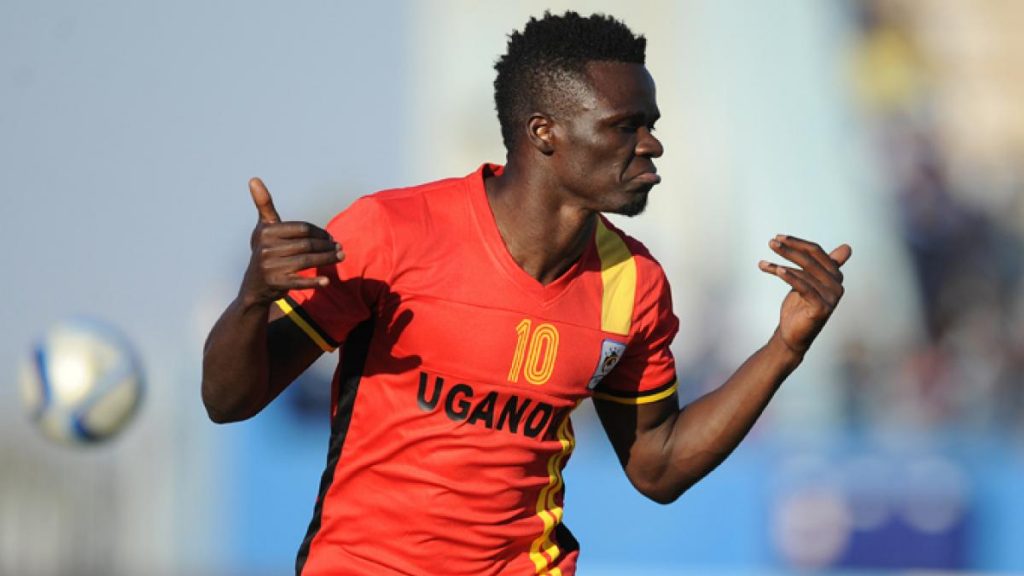 It was another action packed weekend for a couple of Ugandan footballers in the diaspora.

Most of the players earned the valuable playing time with some on target as the post COVID-19 era continues for football (behind closed doors) in many countries.

Ugandan footballers based in Estonia, Czech Republic, Sweden, Denmark, Egypt and South Africa all featured in the different matches.

The scoring ace netted his eleventh goal of the season from fifteen games as Paide Linammeskond condemned Kuressare 4-0 on the road.

Lubega was on the mark in the 50th minute before paving way later for Anier.

During the Israel Toto Cup, William Luwagga Kizito’s 40th minute strike wasn’t enough to save Hapoel Kfar Saba from defeat as they lost 2-1 at Bnei Yehuda to finish in 8th place.

Elsewhere, defender Timothy Awany featured while new boy Fahad Bayo did not as Ashdod FC fell 2-0 on the road to Kiryat Shmona in the Israel Toto Cup.

It was good news to David Alexis Bbakka and his Swedish club Umea as the forward returned from a long injury lay off.

Umea played to a one all draw with Norrby in the Swedish Suppretan, Bbakka playing the final 28 minutes.

In the Swedish Allsvenskun, defenders Ronald Mukiibi and Isak Ssewankambo played full time as their Ostersunds FK side defeated ten-man Elfsborg 1-0 on the road.

Ssewankambo also got booked in this duel.

Viola Nambi was not in the match day squad as her Vaxjo DFF W lost 1-0 at home to Linkopings during the Allsvenskun women league.

Meanwhile in the Elitettan Women, forward Ritah Kivumbi started before paving way for Johansson in the second half as her Mallbackens W drew 1-1 at home against Hammarby.

In the South African PSL, custodian Denis Masinde Onyango was in goal as his Mamelodi Sundowns side drew 2-2 at Maritzburg United.

In South African second-tier, Martin Kizza featured as his Royal Eagles side drew 0-0 on the road against Uthongathi.

Striker Nelson Ssenkatuka was not in the match-day squad as his Mogreb Tetouan defeated FUS Rabat 1-0 in the Morrocco Botola Pro league.

In Scotland, defender Bevis Mugabi played full time in central as his Motherwell FC side lost 1-0 at home to Hamilton FC.

In the Czech Republic second division, Isaac Muleme played full time as his Viktoria Zizkov side defeated Mas Toborsko 3-1 away from home.

In the Egyptian Premier League, Khalid Aucho started before paving way for Shebeita deep in second half as his Misr Lemakasa side defeated El Masry 2-0 on the road.

Midfielder Allan Kyambadde was an unused substitute as his El Gouna FC side lost 1-0 at home against Masr.

Derrick Nsibambi started and assisted before coming off in the 76th minute as his Smouha FC lost 2-1 against Abdu Lumala’s Pyramids FC.

Lumala is still out injured