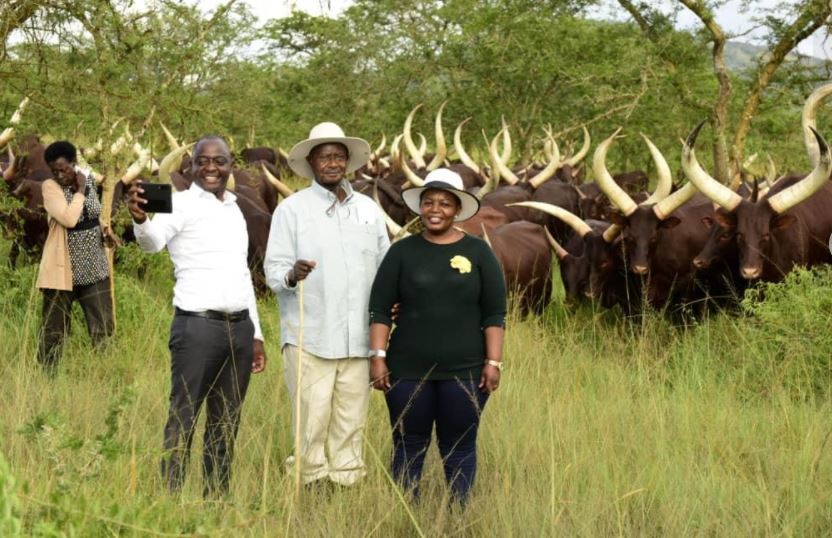 Although the matters discussed between Ham and the President remain confidential, our Moles  revealed that the youthful tycoon was smiling all the time and wearing a positive face, an indication that all went well during their private discussion.

We have since learnt that shortly after their meeting, President Museveni was flown back to Kampala aboard a UPDF chopper, while Ham and Lumumba were chauffeured back to town by the Presidential convoy.