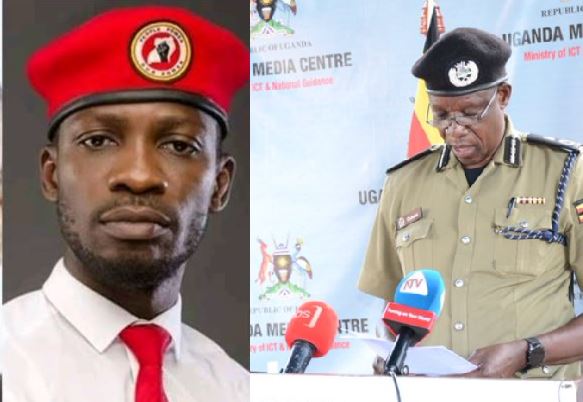 The Uganda Police Force have warned all presidential aspirants against using boda-boda riders in their convoys when going for nominations by the Electoral Commission this week, ahead of the 2021 general election.

The warning was issued by AIGP Edward Ochom, the Director Operations UPF, who said that the police will not hesitate to arrest all boda-boda riders  and politicians found breaching this regulation.

Ochom, who was speaking at the Uganda Media Centre on Sunday  said that; “For those political actors and groups that are still defiant and mobilizing Boda Boda riders and militias onto the streets; and ferrying supporters from upcountry into illegal processions and rallies; we are closely monitoring them.

We have plans to respond proportionately, in the face of violent crime, which may include the use of teargas to disperse these violent groups and arrest the culprits for prosecution.”

He added that; “Therefore, any Presidential Aspirant who mobilizes boda-bodas for a procession risks being arrested including those boda-boda riders.”

This however comes at a time when Kyadondo East Member of Parliament Robert Kyagukanyi aka Bobi Wine, who is contesting against President Yoweri Museveni, has just announced that he deployed  a group of over 27,0000 boda-boda riders to campaign for him ahead of the Presidential nominations and thereafter until the 2021 elections.