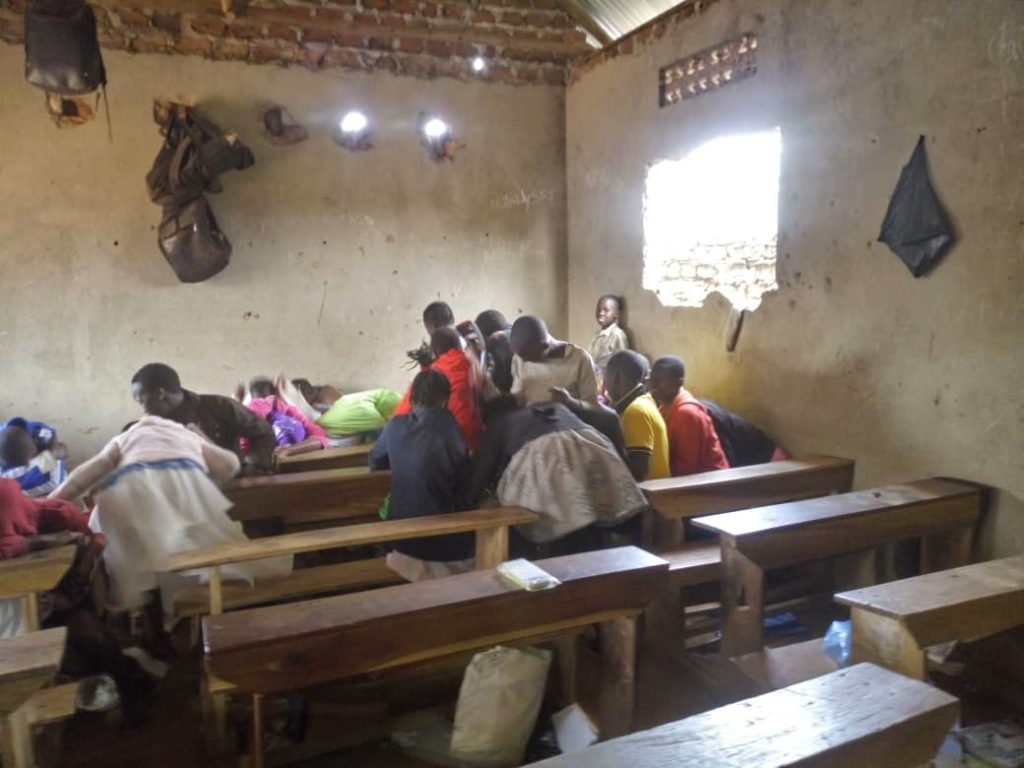 The Police in Wakiso District have summoned parents, teachers and the administrators of Focus Primary School, after they landed on pupils in a class studying, which is total  contravention of the Coronavirus (COVID-19) presidential directives about closure of schools, universities and tertiary institutions in a bid to prevent the spread of the pandemic.

The development came after the police landed on primary seven pupils from Focus Primary school located in Kasokoso, Kira municipality, Wakiso District, who were found taking classes as normal, in total defiance of the presidential directives.

It should be noted that as one of the measures to prevent the spread of Coronavirus, all institutions of learning where temporarily closed in March.

However, Kampala deputy police spokesperson Luke Owoyesigyire said that on Wednesday, the police received a tip off about a school that was open and teaching contrary to set health national guidelines.

He said that; “Upon reaching the school, the police found classes going on normally with about 70 pupils in attendance. The head teacher and some of his staff fled on seeing police.”

According to police, once apprehended these will be charged with doing a negligent act likely to spread a deadly disease, which contravenes Presidential directives and Ministry of Health Guidelines to prevent the spread of COVID-19.

However, 24 children who didn’t manage to escape told police that classes have been going on as normal since March, 2020 and that their parents have been paying the teachers for the services.

However, efforts to secure a comment from the administrators of the school were futile since they had fled into hiding by the time of filing this story.