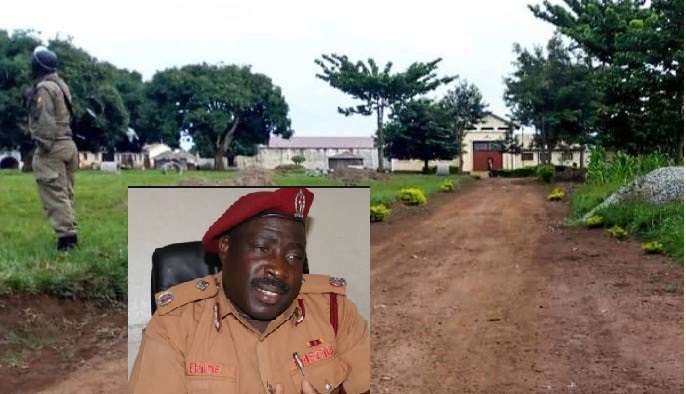 Prisons officers in Uganda are on tension following the outbreak of Coronavirus in some prisons in the country.

This Website has established that at least 199 inmates and 24 Prisons officers were on Wednesday quarantined at Kaiti prison in Namutumba District for 14 days, after a former inmate tested positive for COVID-19.

While speaking to the press, Frank Baine, the Uganda Prisons Service spokesperson, said the confirmed case was arrested for defying the presidential directive in Mayuge District and had so far spent four days in prison.

“After handing him over to the Ministry of Health, we have gone ahead to quarantine the whole prison, with prisoners and staff there for 14 days. Today (Wednesday), we are expecting officials from the Ministry of Health to come and carry out random sample collecting,” Baine said, adding that the confirmed case was to be released on Monday.

He noted that “Right now he is in Jinja, he is no longer a prisoner because he was discharged that very day on Monday…”

He revealed that prisons health officers were alerted after one of the contacts of the confirmed case, an inmate, tested positive for COVID-19.