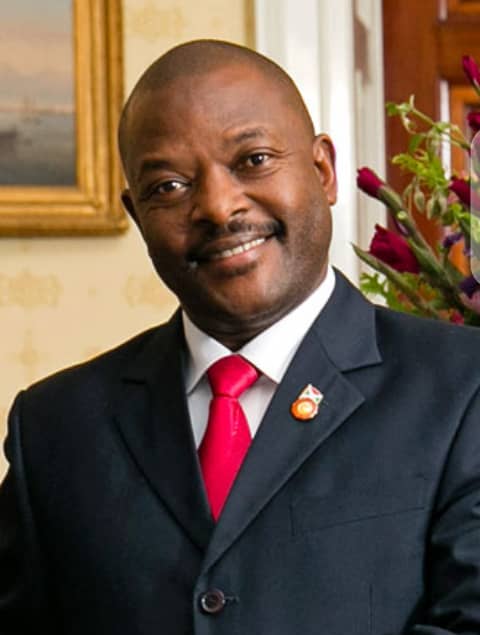 Fresh details coming in indicate that Pierre Nkurunziza, who was Burundi’s outgoing President, died of Coronavirus (COVID-19), according to diplomatic sources in Bujumbura, who made the revelation on Wednesday.

The Burundi government had earlier said Nkurunziza’s sudden death was a result of a heart attack, while others suspected poisoning. The 55-year old was due to stand down in August following elections on May 20.

“He had coronavirus but no one would say so because the president had played it down all along,” a western diplomat based in Bujumbura said.

About 11 days ago, Denise Nkurunziza, the first lady of Burundi, flew to Nairobi seeking medical treatment for a reason that was officially undisclosed.

However, it was confirmed later that she was suffering from COVID-19. She was, however, successfully treated at the Aga Khan University Hospital and rushed back to Burundi on Tuesday after the government announced her husband’s death.

According to the government statement, the Burundian strongman attended a game of volleyball on Saturday but fell ill that night and was taken to hospital.

It was reported that the president exhibited all the Coronavirus signs and was struggling to breathe when he was rushed to a level 3 hospital in Karuzi in eastern Burundi.

Although he appeared to recover on Sunday and spoke to those around him, his condition suddenly deteriorated on Monday morning.

Government officials then frantically tried to get him to Nairobi or Dar es Salaam in Tanzania but could not make a decision quickly.

“There was a lot of confusion with two sides failing to agree on whether to transfer Nkurunziza to Nairobi where his wife was being treated or to Dar. In the process the President passed on, a senior diplomat in Nairobi said on Wednesday.

Apart from his wife, his other close family members have been infected by the disease, which has killed 414,377 people across the world.

Like his close friend John Magufuli of Tanzania, Nkurunziza had refused to impose restrictions in the small and poor African country, allowing sporting events and mass political rallies to go ahead.

Burundi has reported 83 cases of COVID-19 and officials have insisted that God will protect them and have asked citizens to go about their daily lives without fear.

“Burundi … has signed a special covenant with God, whether you believe it or not,” Nkurunziza said recently.

Last month, the former footballer expelled the representative of the World Health Organization amid criticism of the government’s handling of the coronavirus pandemic. It has carried out very few tests and held large rallies in the run-up to the election in May.

There was little public show of mourning on the streets as the country began a seven-day mourning period.

“He leaves behind a country whose economy is in very bad shape,” said a hospital employee who asked not to be identified for fear of reprisals.

Burundi’s economy is mired in poverty and cut off by international donors after the United Nations documented widespread rape, torture and murder of political opponents by ruling party activists and state security forces.

It remains unclear whether the powerful cabal of army generals and security chiefs who propped up Nkurunziza during his 15-year rule remain united over the succession.

Nkurunziza had been due to stand down in August, making way for retired General Evariste Ndayishimiye, who won the election that the opposition said was marred by violence and rigging. The constitutional court last week rejected the rigging charges.

Pascal Nyabenda, a civilian who heads the national assembly, is now meant to take over until Ndayishimiye, his former rival, starts his seven-year term at the end of August.

Authorities have not commented on the succession or Nkurunziza’s burial date.

Nkurunziza was loved and feared — loved by those who felt he lived up to his promises when he was elected after the civil war and feared by his political opponents.

When the former rebel leader took office in 2005 at the age of 40, the country had been brutally torn apart by an ethnic conflict that had killed about 300,000 over a decade.

Young, optimistic and charismatic, he managed to live up to everyone’s expectations by uniting people and rebuilding the economy. Between 2006 and 2011, the president — known for his preaching and love of football — received seven international awards for his peacebuilding efforts.

But after a decade in power, his reputation took a nosedive and the unity he had built collapsed when he organised a referendum to allow him to stand for a third term. Deadly protests erupted, there was a coup attempt and hundreds of thousands of people fled the country.

After this, he only left the country officially once — by car to neighbouring Tanzania. The UN accused him of oppressing the opposition and killing and abducting opponents, accusations vehemently denied by Burundi’s government.

Despite suspicions that he planned to stay on for a fourth term, he did not stand in elections in May, which were held despite the coronavirus.

He and his wife Denise had five children and adopted several others. They regularly organised prayer gatherings. The man who was to become Burundi’s “supreme guide to patriotism” put all his successes down to God, including what he said was the country’s success against COVID-19.