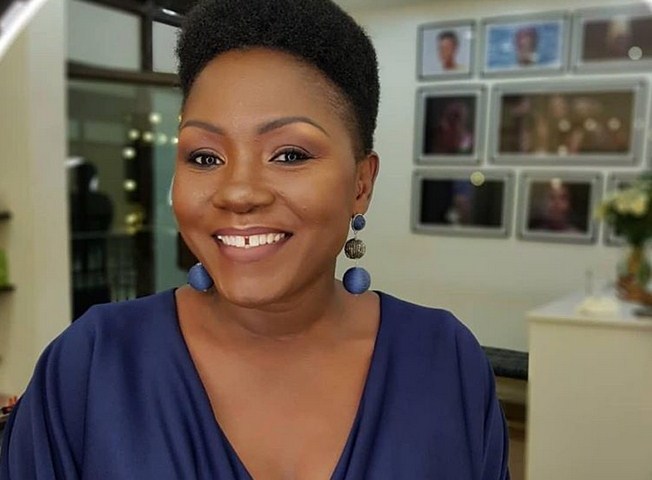 Sylvia Damali Overy has been appointed to take over as Director of Operations at Operation Wealth Creation (OWC).

The renowned fashion designer, who is serving as the executive assistant to OWC national coordinator General Salim Saleh, announced on Friday that he had been appointed to the post.

“I am pleased to announce that on 28 December 2020 I was promoted to the position of Director of Operations in Operation Wealth Creation – Uganda.
I CIC HE Gen. Yoweri Kaguta Museveni and our Chief Coordinator Gen. I commend Caleb Akandwanaho, who recognizes and recognizes my abilities, talents and skills for operations, leadership and coordination at OWC, which are critical to transforming Uganda’s socio-economic transformation,” Owori said in a statement.

“They have nurtured many of these characteristics that have gained me here; I could not ask for better mentors.
I thank him and the entire OWC fraternity for handing me into such a position with these additional responsibilities and duties to contribute to the betterment of our nation. ”

Overy further noted that he is aware of the various challenges that lie ahead and who is ready to face them with firmness.

“I am counting on my seniors, colleagues, all my stakeholders and most importantly on the full count of the guidance and grace of God, in order to contribute to a permanent job and wealth creation in Uganda, to enable me to fulfill my duties in my new position. To be able to follow.

“What a way to end the year!” Thank you! And for my ladies, please note that there is no hard work anywhere, you will not get the right attitude and courage, discipline, desire for continuous self improvement and of course honesty towards God. There is also no cosmic big table with the big boys or the glass ceiling crack should be out of reach for you. To say that you believe in yourself and God, never gets old.”

Who is Sylvia Owori

Sylvia Owori (born 1976) is a Ugandan fashion designer, businesswoman political lobbyist and entrepreneur. She is the Chairperson and Chief Executive Officer of Zipa Modeling Agency, a company that she founded and owns. She is reported to be one of the wealthiest individuals in Uganda, the third-largest economy in the East African Community.

Owori was born in Uganda c. 1976, one of seven siblings. She attended Nsambya Senior Secondary School, in Kampala, the capital of Uganda and the largest city in that country. She studied at Newham College in London, beginning at the age of 19, graduating with Bachelor of Arts degree in fashion design.

Following her studies in the United Kingdom, Owori returned to her native Uganda and opened a boutique that initially sold imported clothes. That enterprise, Sylvie’s Boutique, maintains its headquarters at Garden City Mall in Kampala’s central business district, with another branch at Mabirizi Complex, also in Kampala, and a third store in Kilimani, a section of Nairobi, the Kenyan capital. It employed 80 people in both countries, as of December 2009.

Owori also began[when?] designing and manufacturing clothes for herself and her friends. In 2000, Sylvia Owori was selected to design the clothes worn by the contestants at the MNet Face of Africa, in Dar es Salaam and Cape Town. The following year, in 2001, she was selected to design the clothes worn by the Ugandan finalist at the Nokia Face of Africa competition. From 2001 until 2004, Sylvia Owori took charge of organizing the “Miss Uganda Beauty Pageant”, thereby expanding her visibility. In 2004, she launched her own clothes line, under the Sylvia Owori label. In 2005, she launched Africa Woman Magazine, a glossy monthly publication with circulation in Uganda, Kenya, Rwanda, South Sudan and Tanzania. Owori designed and manufactured the costumes for the lead actors, actresses and part of the cast of the film The Last King of Scotland, released in 2006. She is also the founder and owner of Zipa Modeling Agency, a leading fashion talent house in the African Great Lakes area.

Owori is the mother to two sons. One of the children, born in 2008, was fathered by Al Hajji Nasser Sebaggala, the former mayor of Kampala, in office from 2006 to 2011.