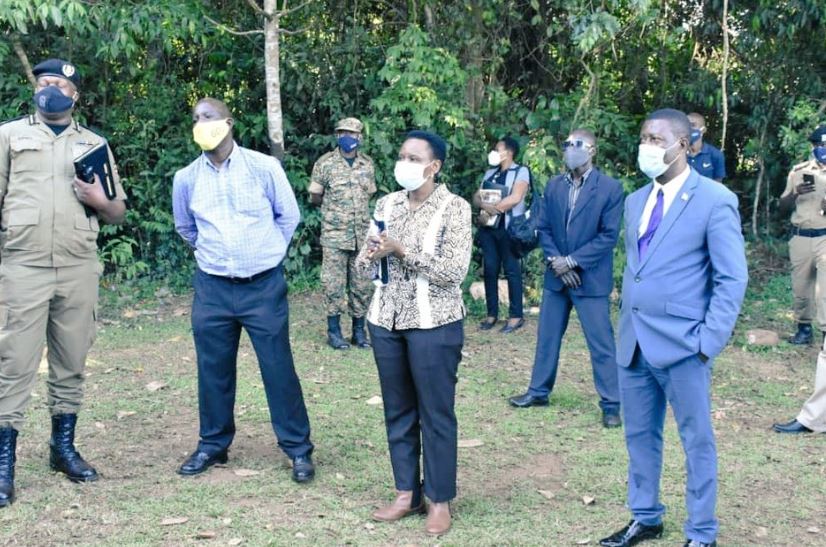 President Yoweri Kaguta Museveni has directed Lt.Col. Edith Nakalema, the head of the State House Anti-corruption Unit, to investigate allegations of land grabbing in Mukono District, where forests have been razed by individuals claiming to be investors.

The investigation was sanctioned after the President received numerous complaints about unscrupulous individuals who have since razed down Namanve Forest Reserve in Goma Division and Ntenjeru Ward, both in Mukono District, which they claim to be purportedly given to investors, yet the government and the Uganda Investments Authority (UIA) are not aware.

While updating the public about the investigations, Lt. Col. Nakalema wrote thus in twitter; “After the interactive meeting with the community in Goma division, we  moved to another area, Ntenjeru Sub County following a directive from H.E @KagutaMuseveni to investigate the alleged destruction Of Kisankobe forest reserve and wetland in Mukono District.”

She later tweeted thus; “As directed by H.E @KagutaMuseveni, to investigate, deal with the culpable and find solutions to the land problems in Ntenjeru and Goma Ward in Mukono, I held fruitful discussions with the community and various Gov’t officials. We agreed on solutions which I pledge to follow-up.”

It should be noted that a group of people  who allegedly include high ranking military officers and senior government officials have since taken over land that initially was part of Namanve Forest Reserve, a long Namilyango Road.

The said people deployed tractors and excavators that destroyed the forest reserves and gardens that were being cultivated by the locals, before deploying private security guards to prohibit members of the local communities around the same land from accessing it.

However,  following their actions, a row has since erupted between the said individuals and some people who claim to own the land, among them member of the Buganda Royal Family,  which has erupted into violent skirmishes between the local communities, land grabbers and the police.

It is this controversy that surrounded the circumstances under which the said so-called investors acquired  the land under contention that is said to have compelled President Museveni to direct Lt. Col. Nakalema to conduct investigations into the allegations of land grabbing.

Watch this space for details.