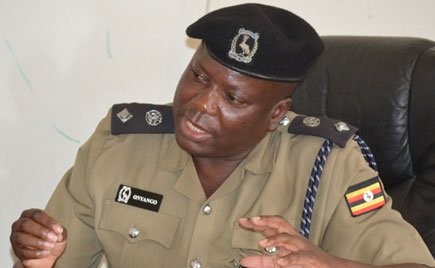 This website has learnt that a 30-year-old boda boda rider is nursing bullet wounds after he got shot by security operatives who were enforcing President Yoweri Museveni’s curfew, which was imposed as a one of the measures to fight the spread of Coronavirus.

He said the rider was shot in the buttocks on Tuesday night during the enforcement of the night curfew announced by President Museveni as part of the COVID-19 preventive measures.

According to the police spokesperson, the officers waved down Vincent several times but he tried to knock them down but in the process he fell down.

“He allegedly grabbed a constable identified as Isaac Kabos, prompting his colleague, Stephen Wafula to open fire,” Onyango said in a statement.

Onyango revealed that the Police have since opened assault charges against the suspect who was rushed to Mulago National Referral Hospital for treatment as they wait to interrogate him to ascertain his motive.

It should be noted President Musevni on Monday announced a curfew between 7:00pm and 6:30Amm for 14 days starting March 31, 2020 in a bid to forestall the spread of Coronavirus.

In his address on Tuesday, President Museveni warned all Ugandans to respect the curfew hours and that whoever moves at time do so at his/ her own risk.