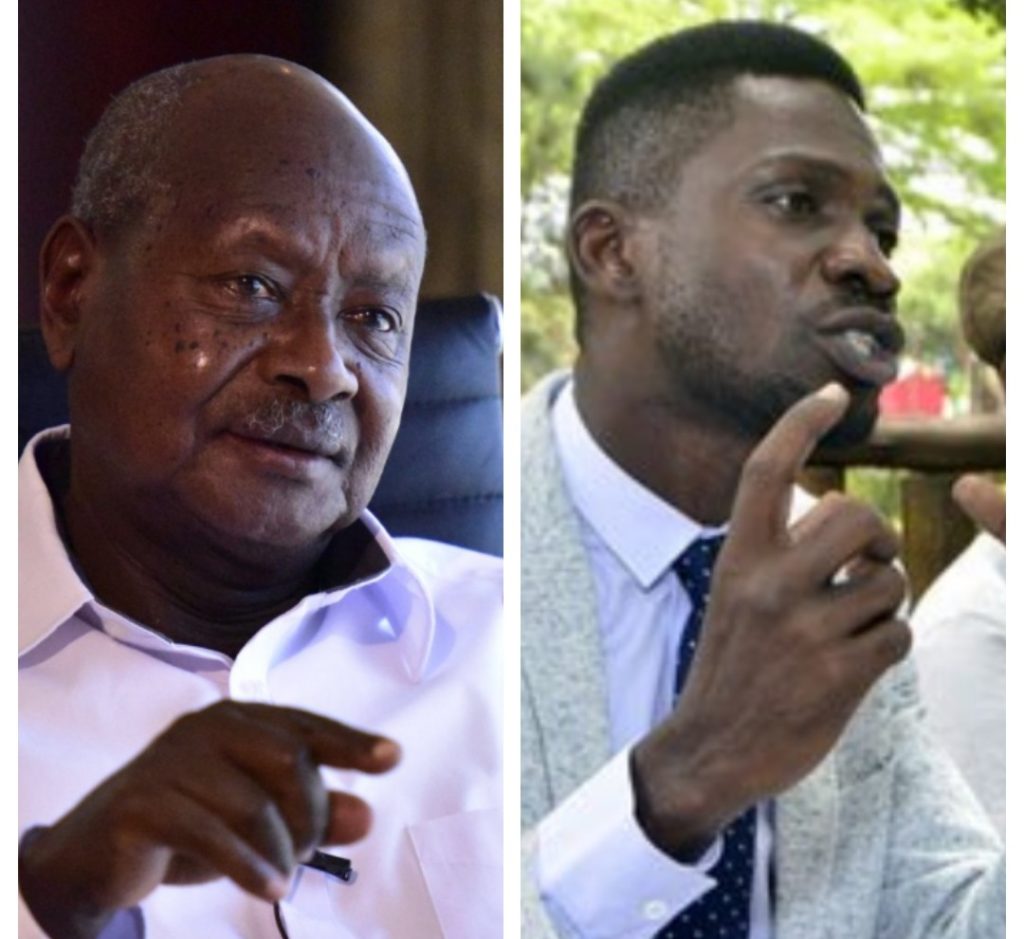 People Power movement leader Robert Kyagulanyi aka Bobi Wine, Forum for Democratic Change stalwart Col. Dr. Kizza Besigye and other opposition politicians have vowed to defy president Yoweri Museveni’s directive of not donating food to poor families that have been affected by the Coronavirus pandemic, especially because of the lockdown.

Ever since president Yoweri Museveni announced a national lockdown as a control measure against the spread of Coronavirus, several politicians, pastors and other Good Samaritans have been distributing  food to poor Ugandans across the country.

However, during his national address about Coronavirus on Tuesday night, Museveni, who described such people as ‘Idiots’, called upon security forces to arrest them all,  because their activities contradicts with the Ministry of Health directive on keeping social distance as  way of preventing the spread of Coronavirus.

Museveni first passed the directive stopping all people from donating food in his Monday night address and he repeated the same directive during his Tuesday night address when he stressed that; “We are going to crash the idiots who are calling people to gather and get food.”

He added that ” If you have food or a donation give, hand it over to the National Taskforce.”

It should be noted that following the suspension of public transport and other businesses in the country about a week ago in a bid to control the spread of the virus after several cases had been confirmed, some politicians, businessmen and religious leaders came out to donate food stuff and other supplies to the needy people in their communities.

However, Museveni in his argument said that such acts only endanger the lives of people as they will all gather in one place, something the health experts have time and again advised against as a way of preventing further spread of the virus, reason why hr directed all people to stay at home, in self-isolation.

He, however, advised those who want to contribute to the wellbeing of others do it institutionally through the taskforce committee headed by the Prime Minister, Dr Ruhakana Rugunda and the health minister, Dr Jane Ruth Aceng.

He also said that government was in the process of identifying those categories of people that will need support and will be supplied with food items through the Resident District Commissioners (RDCs) and other local leaders.

“I call upon the different politicians who are busy making distributions of rations to our people, please you are creating a fertile ground for the spread of Coronavirus. Put aside your love for popularity and politics and avoid calling people to gather in the name of giving them food.

If you genuinely have a contribution to make, get in touch with the national task force that is in charge and we shall be grateful. In return, you can as well gain your popularity, we shall record your name and give you all the publicity you want, even if you want to sleep on TV. Most importantly God will recognise and reward you,” Mr Museveni said.

The President’s remarks, however, did not go well with some leaders who described the directive as “ridiculous” arguing that as leaders, a number of people approach them for support.

During a phone interview held Wednesday by Kyadondo East Member of Parliament Bobi Wine he said that “Museveni, in yet another ridiculous move, banned our relief activities and declared that anyone who continues to give food relief would be charged with attempted murder. This is an absurdity like no other.”

He added that “Our view is that if Museveni was not doing this for political reasons, he would have instructed the Ministry of Health to put in place Standard Operating Procedures (SOPs) so that our efforts to help our people continue but in a manner that does not cause threats to their health.”

Bobi on the other hand said government should allow people to lend a hand where necessary because it will soon get overwhelmed.

“When the health sector cannot support itself, how sustainable will the food supply be? We need to be realistic when dealing with such a pandemic.”

On his part, Lord Mayor Erias Lukwago. “President Museveni should accept and declare a state of emergency so that we can all sit and see how to get through this problem together. The fight is not for only President Museveni but for the whole country and anyone who can help should be allowed to do so, he is just being ridiculous with this directive.”

Although President Museveni said during his Tuesday address that the number of Coronavirus infections in Uganda stands at 44,  after the ministry of Health had confirmed 11 new cases who are Watoto Church Choir members, we have since learnt that the infected people are actually 47.

This was confirmed on Tuesday by  statement from Watoto Church about the number of total Coronavirus infections in their community are 14 cases, not 11 as earlier mentioned by President Museveni.

Here below is the statement from the Ministry of Health;