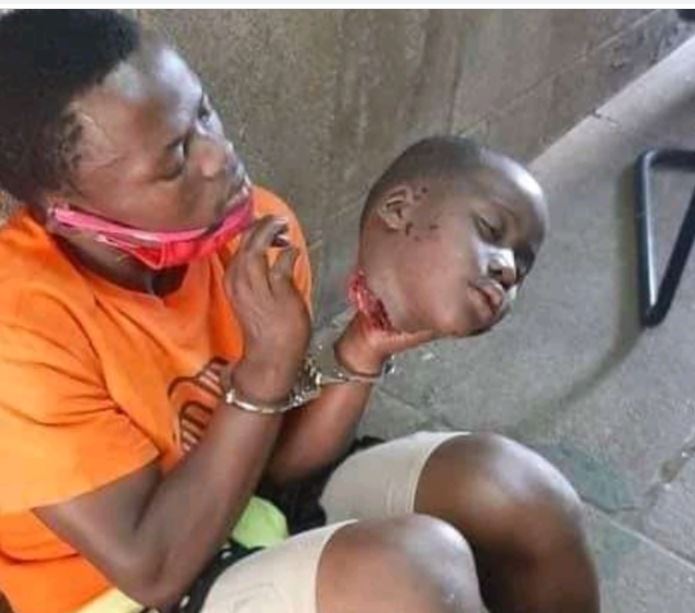 The Police have Monday arrested a man who has been identified as Nuwashaba Joseph, male adult aged 22 years, a resident of Kizinda Bushenyi – Ishaka municipality, in Bushenyi District, with a human head of an infant.

The suspect was arrested at 11:30Am by the Police officers manning security at Parliament of the Republic of Uganda, and upon search the suspect was found with a head of a seemingly young girl of about 5 to 8 years in a box, wrapped like a gift.

In a related development, the Police in Masaka received a report of murder of unknown infant after they recovered a headless torso in Kijabweni village.

The two separate body parts are being examined by police medical experts to establish whether they bear the same DNA and upon proof, the suspect will be charged with murder in courts of law.

According to Twiine Mansio Charles, the Criminal Investigations Directorate (CID) Public Relations Officer,  Uganda Police condemns such incomprehensible acts of crime, and wish to assure the general public that the investigations are vigorously being undertaken to ensure that the perpetrators are taken to Court.