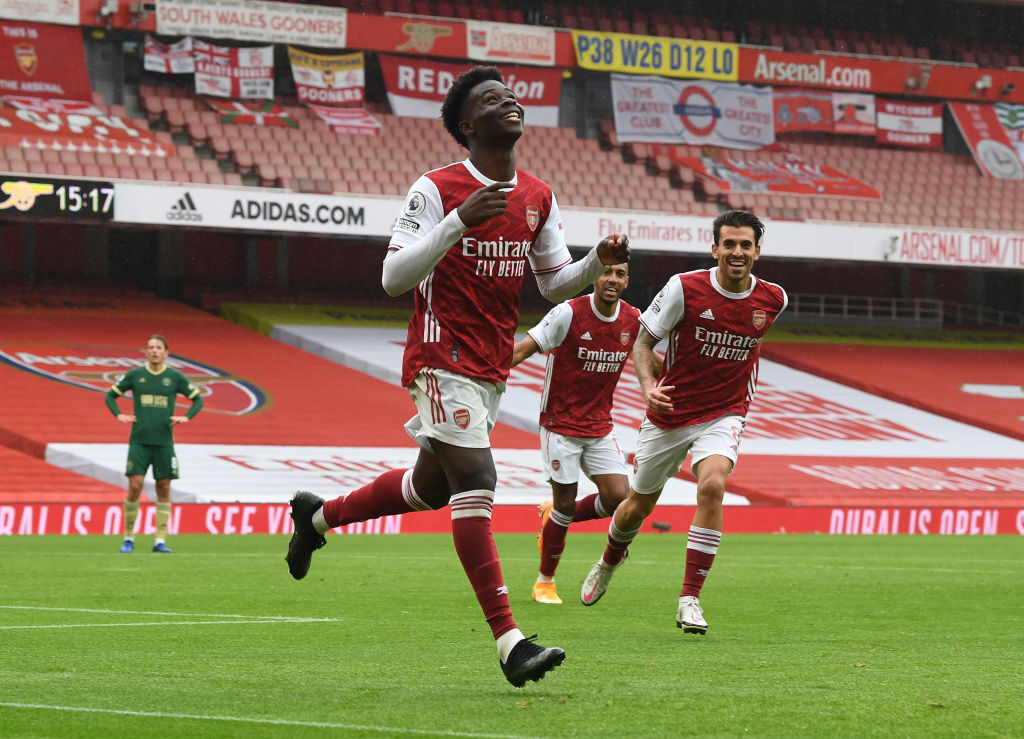 The teenager was brought onto the scene by Unai Emery last season, and he caught the eye instantly. Saka scored four goals and provided 11 assists in all competitions, and his performances earned him a new contract at Arsenal.

The youngster’s progress has been spectacular. He has started this season brilliantly as well, picking up an assist in the Community Shield and scoring against Sheffield United just before the international break.

His performances earned him his first England call-up, and Mikel Arteta’s guidance has played a big part in his success. Saka claims that the Arsenal boss has taken his game to another level, and his guidance has made him more versatile than he ever thought he would be.

SAKA: ARTETA HAS TAKEN MY GAME TO THE NEXT LEVEL

He said: “He’s amazing for me. Since he’s come in I feel like my game has gone to the next level, he’s unlocked a bit of my potential and hopefully, he can unlock more. I’ve played in so many different positions that I never imagined I could play in.”

Arteta has shown a lot of faith in the young players since his arrival. The likes of Eddie Nketiah, Reiss Nelson and Joe Willock, like Saka, have been used regularly, which is a huge boost for their confidence.

Saka will be hoping to have a good debut for England against Wales tonight. Irrespective of what happens there, he will certainly be used regularly at Arsenal, both in the Premier League, as well as in the Europa League which starts later this month.

Still only 19, Saka has a long and bright career ahead of him. He is on the right path now at Arsenal, and if he can continue the same, he will be a huge player for club and country in the very near future.