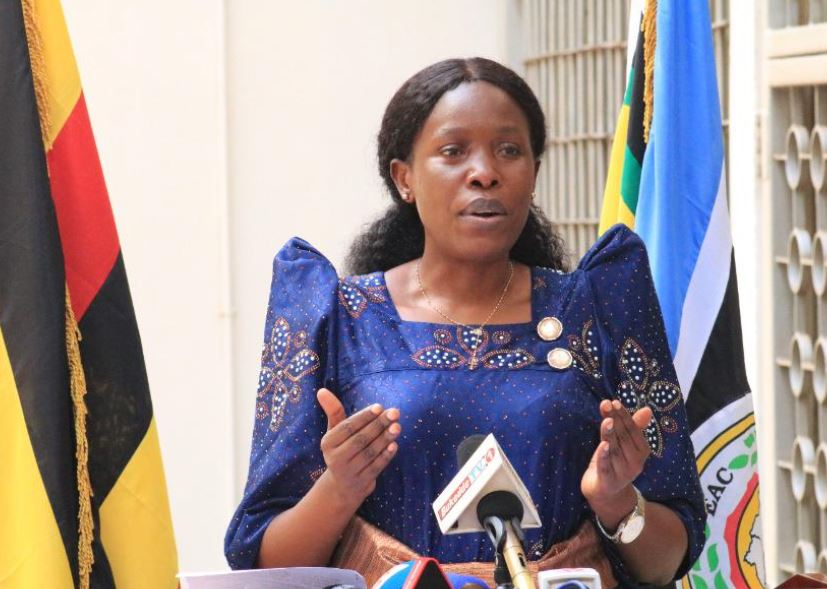 The government of Uganda has banned all Ugandans, except officials of the Electoral Commission and other designated people, from participating in, and or appearing the Presidential Nomination grounds at Kyambogo University.

According to new regulations about the Presidential Nominations for the 2021 general election which were issued by Hon. Judith Nabakooba, the Minister for ICT and National Guidance, no member of public shall be allowed to participate in the presidential nominations process.

Minister Nabakooba, who issued the statement at the Uganda Media Centre today, also revealed that all Presidential aspirants shall be picked from their respective homes by a police lead vehicle that will ensure smooth flow of traffic up to the nomination grounds at Kyambogo University Sports Ground.

A statement issued by Minister Nabakooba, who is also the Mityana Municiplaity Woman Member of Parliament, reads in part thus;

“Fellow countrymen and women, the Presidential Nominations are here with us and I want to use today’s briefing to emphasise a few important aspects.

The Electoral Commission has finalized arrangements for the Presidential nominations.

I want to call upon all candidates and members of the public to respect and go by the guidelines provided.

First, we are reminded that the general public is not invited for the nomination activities.

This has been done to comply with the existing Standard Operating Procedures against COVID-I9.

I therefore want to advise everyone to stay away from the nomination venue.

Police will not hesitate to arrest anyone disobeying the guidelines

We have noticed some candidates mobilising their supporters to turn up in big numbers.

This is wrong and I call upon the general public to disregard such messages.

Please stay at home and follow the proceedings through the different media channels such as radio and television.

The Electoral Commission has given each candidate a limited number of people at the nomination venue.

It is only His Excellency the President that has been allowed a few more escorts for security reasons because of his status.

My simple advice to the rest of the candidates is please follow the guidance in place by the Electoral Commission.

I call upon everyone to support the Electoral Commission and all other agencies to ensure that elections are peaceful.

The security agencies led by the Uganda Police are going to be extra vigilant in enforcing the laid down procedures.

After the Nominations every candidate will have the opportunity to put forward their manifesto.

Candidates are advised to maximize the virtual channels such as radio, TV and social media when unveiling their manisfestos.

A manifesto is what every candidate promises to do when elected come January next year.

I therefore call upon members of the public to scrutinise all the manifestos presented.

Let us study the manifestos and ask the hard questions on how each candidate plans to deliver on their promises.”