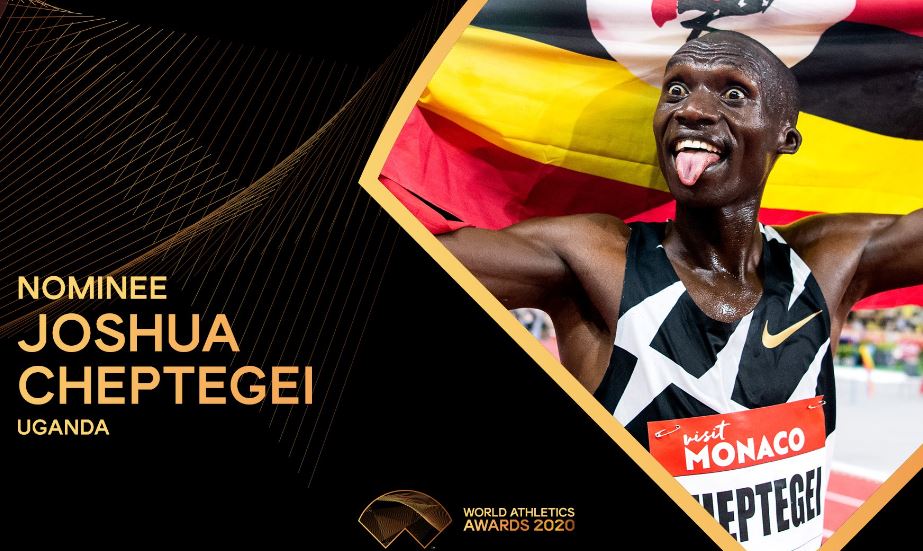 Cheptegei, who has exhibited an outstanding performance  this year and all throughout his career,  has been nominated for Male Athlete of the Year 2020 and all it will take him to win is his fans voting  for him.

In 2017, he became the silver medalist in the 10,000 metres event at the World Championship in London.

He is a silver medallist in the 10,000 metres at the 2017 World Championships in London.

He also competed in the 10,000 metres at the 2015 World Championships in Beijing, finishing ninth.

Cheptegei is a four-time winner of the Zevenheuvelenloop 15 km road race in Nijmegen, Netherlands.

He finished in 41:05 and improved the world record by 8 seconds, formerly set by Leonard Komon at the Zevenheuvelenloop in 2010.

Cheptegei was the winner of the senior men’s race at the 2019 IAAF World Cross Country Championships in Aarhus, Denmark. He won in 31:40 on the 10.24 km course.