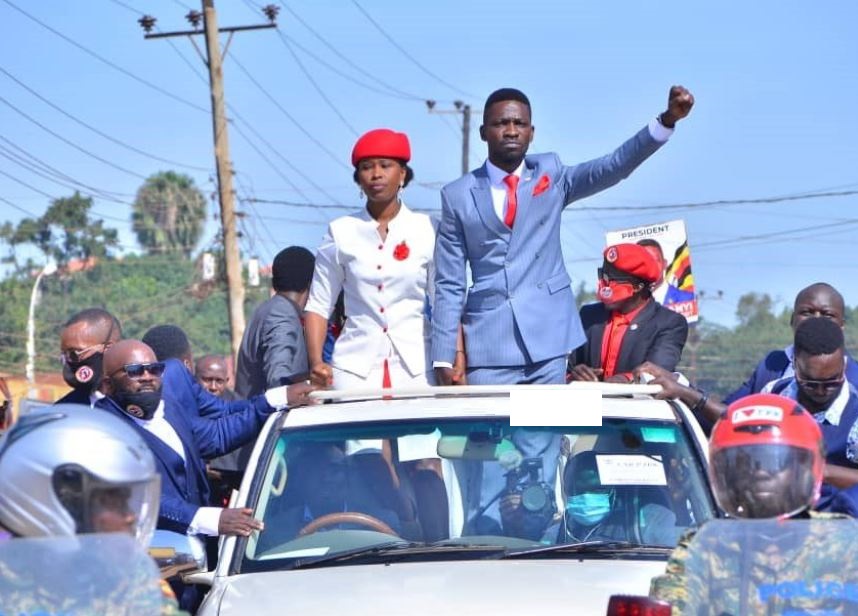 Bobi Wine, who is also the Kyadondo East Member of Parliament, was driven to the nomination grounds at Kyambogo University in company of his wife Barbra Itungo aka Barbie Kyagulanyi and after submitting all the required documents he was duly nominated to run for the Presidency in the forthcoming 2021 general polls.

However, his journey from Magere  to Kyambogo was marred by chaos after police fired teargas at Bobi Wine’s supporters who had gathered in Ntinda, Bukoto, Kyambogo and other areas to show solidarity with him.

Shortly after his nomination, Bobi Wine gave a brief speech as part of his manifesto, in which he revealed that if elected president, he will increase the salaries of the police, UPDF and other security agencies, on top of creating over a million jobs for Ugandans.

We shall bring you updates;