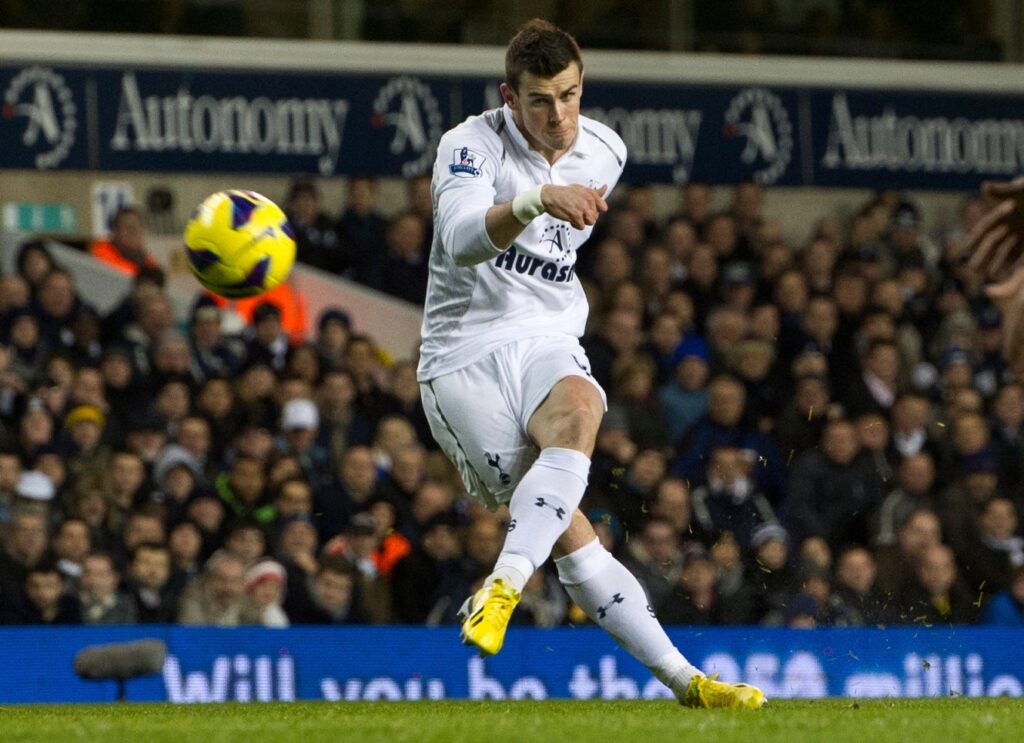 Wales forward seals return to Spurs on a season-long loan deal on a seismic day for the Premier League football club.

Gareth Bale completed a loan move from Spanish Champions Real Madrid back to his former club Tottenham Hotspur as the Wales forward ended an increasingly fractious seven-year stay at the Bernabeu.

The 31-year-old had flown to London on Spurs chairman Daniel Levy’s private jet on Friday along with Real’s Spanish left back Sergio Reguilon to put the finishing touches to their moves on a seismic day for the Premier League club.

Bale has joined Spurs on a season-long loan deal and although the financial details of the move were not disclosed, British media reported that Tottenham will pay about 20 million pounds ($25.83m) in wages and loan fees.

“It’s such a special club to me. It’s where I made my name,” said Bale. “Incredible to be back and now I hope I can get some match fitness and get under way and really help the team and hopefully win trophies.”

Spurs said in a statement that Bale, who injured his knee playing for Wales this month, is likely to be match-fit after the October international break. He will wear the number 9 shirt.

Tottenham fans, some of whom greeted Bale on Friday as he was driven into the club’s training ground in north London, were made to wait for the official announcement on Saturday, but many will be delighted that their former hero has re-joined the club.

Reguilon’s move is permanent after the 23-year-old signed a five-year contract for a fee reported to be 30 million euros ($35.51m) by British media.

It is seven years since Cardiff-born Bale left Tottenham to join Real Madrid for a then world record fee of 100 million euros after a spectacular rise.

Signed from Southampton as a promising left back in 2007, Bale went on to score 56 goals in 203 appearances, helping Spurs qualify for the Champions League for the first time.

Yet Bale initially struggled to make an impact at Tottenham until eventually blossoming under former manager Harry Redknapp, first as an attacking left back then further forward.

He announced himself on the world stage with a sensational hat-trick away to Inter Milan in the Champions League in 2010.

In his final season at Tottenham, he scored 21 Premier League goals in 33 games, many of them spectacular.

In 2013 he was voted Premier League Player of the Season after some mesmerising displays for his club.

After his dream move to Real Madrid, then managed by Carlo Ancelotti, he became part of an all-star cast, including Cristiano Ronaldo and former Spurs team-mate Luka Modric.

But he divided opinion among the Madrid club’s fan base and local media who criticised his perceived lack of commitment and injury record, although a spectacular overhead goal in the 2018 Champions League final earned him praise even from critics.

Bale scored 105 goals in 251 appearances for Madrid, but his relationship with French manager Zidane had become fractious and last season he was marginalised.

He endured his worst season at Real in 2019-20, scoring only three goals in all competitions, and barely featured in their run to the Liga title. A catalogue of injuries hardly helping his cause.

His growing rift with Zidane reached a low point when he chose not to travel with the squad for a Champions League clash against Manchester City last season.

A move to Tottenham offers him the chance to start afresh and work with manager Jose Mourinho who once tried to sign him while in charge at Madrid.

Mourinho will hope that Bale, together with the attack-minded Reguilon, will help reignite Spurs, which finished sixth last season and started the new Premier League campaign with a dismal 1-0 home defeat by Everton. Tottenham is without a piece of major silverware since 2008.

Bale is set to form an exciting-looking forward line at Spurs with Harry Kane and Son Heung-min.

While many feel that, at 31, his trademark pace and power will be degraded, a return to Spurs might give him the platform to begin another golden chapter and complete unfinished business with the club that helped turn him into a superstar.