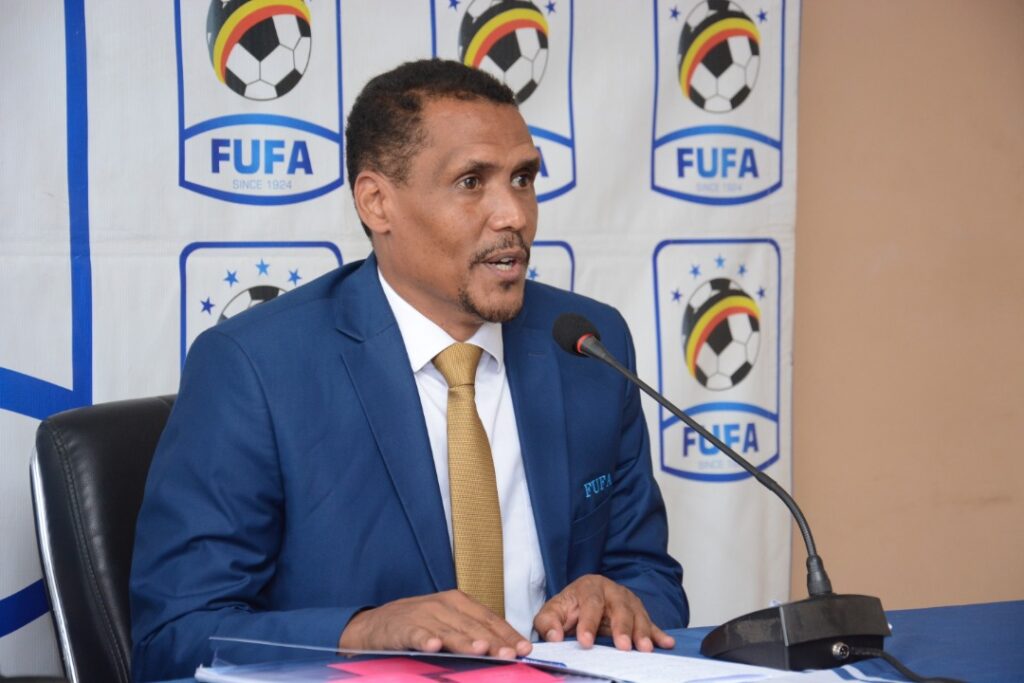 Addressing the media at FUFA House in Mengo, Kampala, the FUFA Chief Executive Officer (CEO) Edgar Watson hinted on the preparations for the AGM, a mandate of the federation constitution in compliance with the National Council of Sports (NCS).

‘We are glad to announce that FUFA will hold the 96th Ordinary Assembly at Silver Springs Hotel in Kampala region on Saturday, 17th Saturday 2020 in line with the statures of FUFA. The standard agenda of this Ordinary Assembly is by constitution. The Assembly will be held in accordance with the Standard Operating Procedures of COVID-19. The delegates already received the Convocation booklets 30 days prior to the Assembly’ Watson, who was flanked by the FUFA Communications Director Ahmed Hussein stated.

There will be a live stream for the assembly to carter for the people who will follow the proceedings from the confines of their homes.

The chief guest confirmed for the assembly is the State Minister of Sports Hon. Obua Hamson Denis Obua.

The invite list also has officials from the National Council of Sports (NCS), Uganda Olympic Committee (UOC), Uganda Premier League Board and the 34 members of FUFA.

The regional chairman will attend, although none has the voting rights during the assembly.

What is expected at the 96th FUFA Ordinary Assembly: