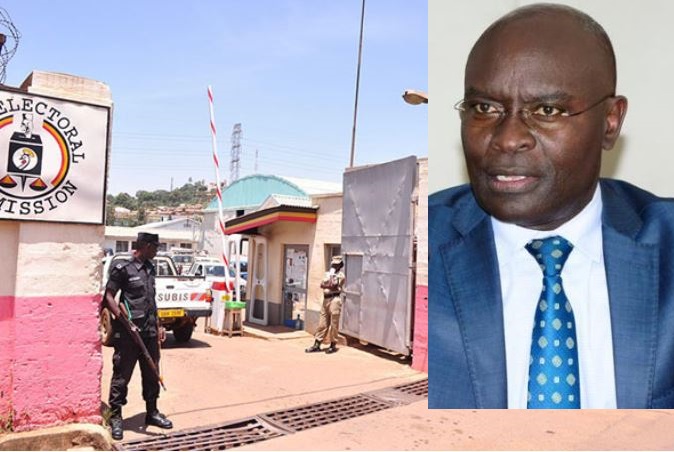 The Electoral Commission is short of money that it needs to effectively hold the 2021 general election, which included voting for the president, Members of Parliament and local government positions.

According to a report by the Auditor General compiled for the Financial Year 2018/2019, the Justice Simon Byabakama led Commission received very little funding from the Ministry of Finance and Economic Planning (MoFEP) compared to  the amount they had budgeted for the 2020/2021 Electoral Roadmap.

As a result of the underfunding, the Auditor General John B. Muwanga is of the view that the Commission is not in position to successfully hold the forthcoming elections unless government injects more money into the EC.

AG Muwanga’s report reads in part thus; “The 2018-2021 Strategic Plan for the Electoral Commission indicates that the Commission requires Shs720.15 Billion for the organization of presidential and general parliamentary and local council elections 2020/2021.

This amount is supposed to be released in phases (annually) to enable proper and timely implementation of the general elections.

According to the Strategic Plan, Shs155.32 Billion was planned towards Presidential and General Parliamentary and Local Government council elections for the financial year 2018/2019.

It was however noted that only Shs986,362,000 million was budgeted and received in the financial year.

Failure to obtain funding in line with the strategic plan implies that the entity is not aligning its activities to the National Development Goals.”

He added however that “The Accounting Officer explained the Commission held discussions with MoFPED and it was agreed that the General Elections activities be phased, implemented and

funded in a project-like manner over a three financial year period. This was in order to ease the funding pressure on the side of Government and to avoid congestion of electoral activities by the Commission. Activities to the tune of Shs155.420bn were affected by the budget cuts as shown below:

Commission Offices To Be Demolished

The Auditor General also noted that the Commission was given a go ahead by His Excellency the President and Ministry of Finance, Planning and Economic Development to procure land and subsequently start the developments leading to attaining permanent office accommodation.

However, there is no evidence to show that this directive is being implemented. In addition, the headquarters are threatened by demolition by Kampala Flyover

Construction and Road Upgrading Project (KFCRUP) which will result in payment of rent estimated at Shs1.7 Billion per year.

The Commission already pays huge amounts in rent for regional and district offices all over the country.

There is a risk that the huge rental costs to run The Electoral Commission offices may be unsustainable.

In the same vein, the Auditor General also noted that the Electoral Commission has outstanding debts to a tune of Shs8,767,437,020 from the previous year.

However, only Shs40,619,467 (0.46%) was provided for settlement of domestic arrears in the current budget which was insufficient towards settlement of the arrears.

This however comes at a time when the E.C is organizing elections to be held early next year and currently, the Commission is registering all potential candidates for what many Ugandans are terming as a ‘Scientific Election,’ because it will be held amidst the COVID-19 pandemic.