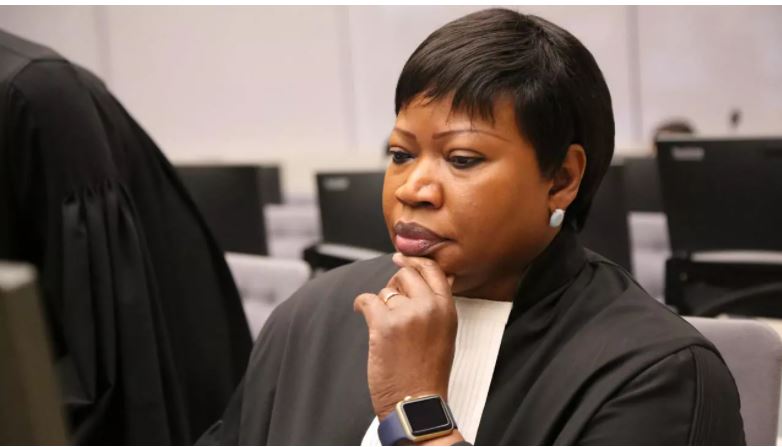 The process of electing a War Crimes prosecutor for the International Criminal Court (ICC) has hit a snag after Washington’s decision to impose financial sanctions on the chief prosecutor  of the ICC overshadowing the search for her successor, with countries deadlocked over a post that has new visibility as the target of American anger.

The court’s 123 member countries are due to meet in New York on December 7, 2020, when they are meant to pick a successor for Fatou Bensouda, the court’s Gambian chief prosecutor whose term expires in June.

A shortlist of four candidates has been drawn up for the nine-year term, narrowed down from a list of 14 by a panel of diplomats and experts.

But in a letter, the court’s oversight body wrote to inform members that none of the four nominees had enough support. It proposed widening the search to include all 14 of the original candidates.

Diplomats say the U.S. sanctions are not the main reason for the disagreement over the body’s leadership.

But the sanctions have drawn greater international attention to the process, added to the objections some countries have with the shortlist, and raised the stakes of a potentially damaging fight.

“It’s been a refrain from the U.S. that the ICC is not a judicial institution but a political one. It will haunt us for nine years if the decision of who will be the new prosecutor is a political one and not a merit based one,” said one diplomat, who preferred anonymity.

According to diplomats, who discussed the selection process on condition of anonymity, some countries argue that the four shortlisted candidates lack the international stature needed to stand up to Washington.

But other countries say any decision to change the procedure so late in the process would only make the situation worse, by adding to criticism that the court has become politicised.

In a letter sent to all members on behalf of Sierra Leone and a dozen other African states, signatories objected to a “striking deviation from the principles of inclusiveness, transparency, fairness and informed decision-making”.

Liz Evenson, associate international justice director at Human Rights Watch, said: “We would see a real risk in deviating from the procedure which was put in place to de-politicise the election of the prosecutor. Any process going forward needs to ensure a close look at all candidates with merit in mind.”

President Donald Trump’s administration announced personal financial sanctions on Bensouda in September, citing the court’s decision to look into activities of U.S. troops as part of a wider investigation into potential war crimes in Afghanistan.

However, the U.S. move was criticised by a number of countries as a misuse of sanctions powers, targeting the head of a major international justice body with measures normally reserved for terrorists, drug lords and human rights abusers.

The four lawyers on the shortlist to succeed Bensouda are Morris Anyah of the United States and Nigeria, Fergal Gaynor of Ireland, Susan Okalany of Uganda and Richard Roy of Canada.

Gaynor and Roy told  the media they were committed to going forward with a transparent election process. But Anyah and Okalany did not respond to requests for comment.

“My understanding is that of the four short-listed candidates I have the most support from states parties,” Gaynor said.

Although the identities of the ten candidates who failed to make the shortlist have not been released publicly, one of those said to have been interested in the job is Serge Brammertz, a Belgian now serving as UN chief prosecutor for the Rwandan and Yugoslav war crimes tribunals.

Diplomats supporting his candidacy have argued he has more senior international experience than those on the shortlist, making him better able to withstand U.S. pressure, according to sources close to the process.

After the U.S. sanctions were imposed, Bensouda, a former minister of justice of The Gambia and trial attorney at the UN tribunal for the Rwandan genocide, abruptly found her bank accounts frozen and credit cards cancelled.

Though so far none of the candidates to replace her has withdrawn, diplomats say the U.S. action changes the personal calculation of anyone up for the job, knowing that they and their family members could be caught up in any U.S. reprisals.