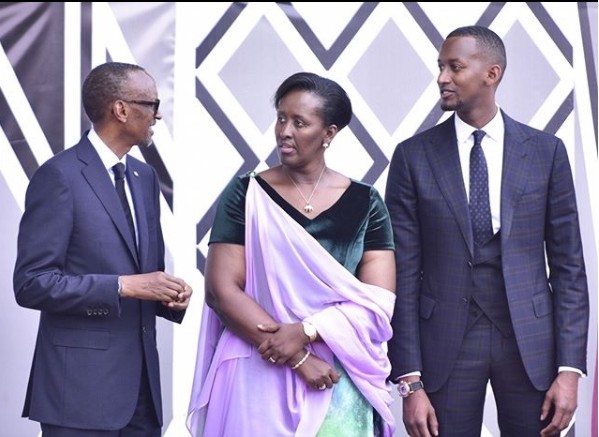 Controversy has arisen in Rwanda after President Paul Kagame appointed his First Son, Ivan Cyomoro Kagame, 30, as board member of the Rwanda Development Board (RDB).

His appointment was announced after a cabinet meeting that was convened on Monday May 18.

RDB was set up in 2008 by bringing together all the government agencies responsible for the entire investor experience under one roof.

Analysts however contend that it is now time for the First Son to have his first glimpse into the affairs of state.

Ivan Kagame, an ardent consumer of The Economist, describes himself as “Young, forward-thinking entrepreneur”.

In 2016, Ivan Kagame posted on his Linkedin page in defense of Rwanda’s Development agenda saying that like himself, young African business leaders have a vision for propelling change on the continent.

“We know that being a successful role model is an important part of this process. While now a private investor, during both my academic education and my professional education in private equity and financial services, I benefited immensely from exposure to thought-leaders and exceptional mentors,” he said in his post.

Further in the post that sheds light into his professional person, Ivan Kagame said that he strongly believes that anyone with the advantage of a great education and dedicated mentorship has a responsibility to share knowledge with his or her peers.

“As the old adage goes, to whom much is given, much is expected,” Ivan Kagame said four years ago as Rwanda was preparing to host the World Economic Forum.

The new member of this elite RDB Board of Directors advocating or education and healthcare as rights, rather than privileges, for all people.

“I recognise the essential role of economic development, fueled by technology and renewable energy, in providing African governments with the resources and tools to ensure a level and expanding playing field. Such an environment should reward innovative endeavour while providing the maximum opportunity for young entrepreneurs to follow in their role models groundbreaking footsteps,” he said.

For a man who had maintained an exclusively private lifestyle and away from the prying lenses of media, his arrival in government is definitely going to be felt in various forms.

Political scientists consider the presence of Ivan Kagame at RDB as an essential asset in giving the institution a high-level face-lift.

Despite holding a cabinet seat, and business credentials obtained from running his private businesses, RDB has been added an extra enviable power status unto him.

Besides that, the presence of Ivan Kagame in government will have an effect on several centres of influence within the government.

For many, with his proximity, the First Son will be perceived as an express highway to the President.

Those that had been perceived to be brokers in the bureaucratic corridors of power, or the gatekeepers, will definitely scale down because of an inevitable option for Ivan Kagame; a natural, dependable and trustable link.