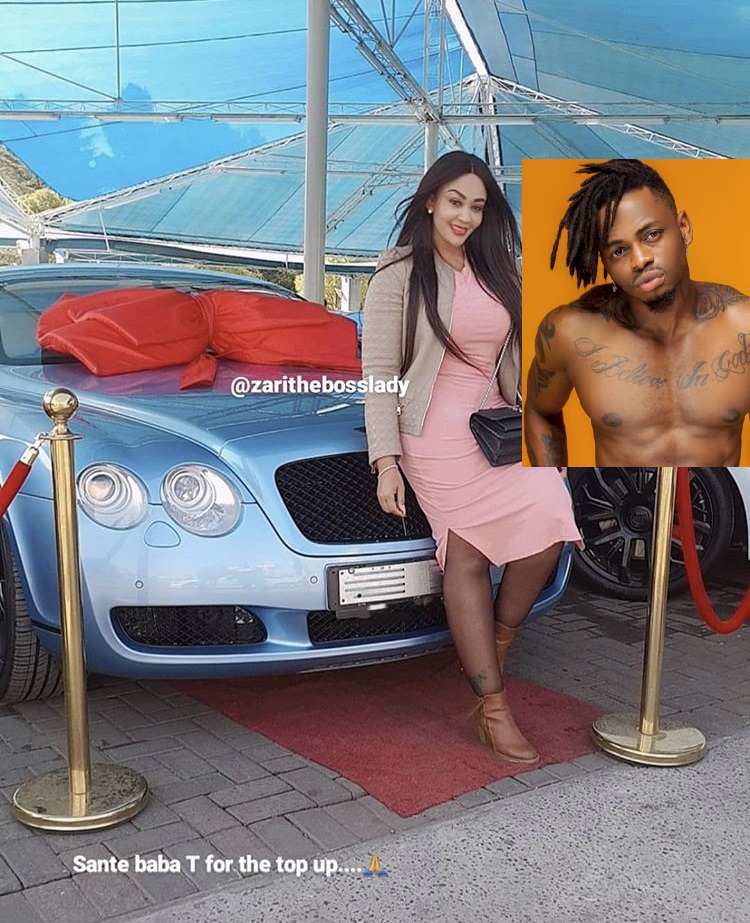 Showbiz queen Zarinah Hassan Tlale aka Zari the Bosslady has resumed bonking marathons with her baby daddy Tanzanian singer Diamond Platnumz, according to our Moles.

We have learnt that as a way of thanking her for accepting to resume their on and off romance, Diamond has since gifted Zari with a sleek Bentley, which has left her so thankful and full of adoration for him.

Although word has been going on that Zari was the reason Diamond split with his Kenyan ex-lover and baby mama Tanasha Donnah, she had never come out to publicly proclaim her reunion until recently when posted on Instagram a picture of her standing in front of the Bentley, which she accompanied with the caption; “Sante Baba T for the top-up…”

This is a clear indication that Diamond gave her money to top up on the little she had such that she could buy the Bentley and it is very unusual for ex-lovers to buy for themselves gifts like luxurious rides.

It should be noted that Zari, who is late Don Ivan Ssemwanga’s widow, has two children with Diamond although they split a few years back after she accused him of cheating on her with several babes, among them Hamisa Mobetto, with whom he has a child.

After separating, Zari hooked up a toy-boy only identified as Danny Karls aka King Bae, with whom she enjoyed a fling for almost a year but their relationship hit rocks last year, prompting her to call of the wedding that has been eagerly anticipated by millions of her fans and followers in social media.