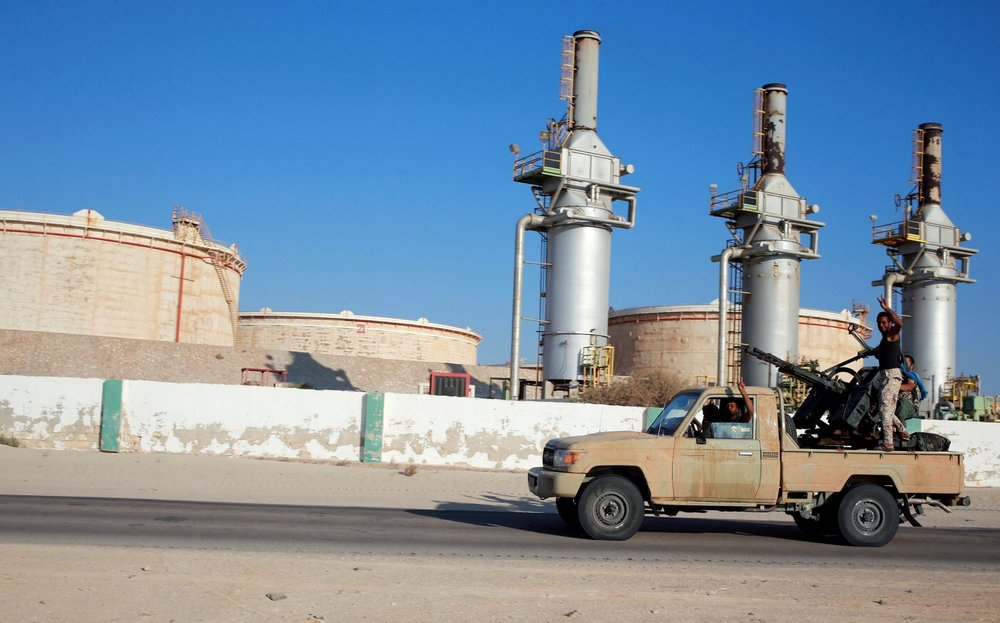 A deadly clash has erupted in Arabia after Libya’s National Oil Corp (NOC) accused mafias in the United Arab Emirates of allegedly instructing eastern forces in Libya’s civil war to reimpose a blockade of oil exports after the departure of the first tanker in six months.

It should be noted that the UAE, along with Russia and Egypt, supports the eastern-based self-styled Libyan National Army (LNA) of renegade military commander Khalifa Haftar, which on Saturday said the blockade would continue despite it having let a tanker loaded with oil from storage.

Libya, which sits atop Africa’s largest proven crude oil reserves, is torn between the rival powers of the UN-recognised Government of National Accord (GNA) in Tripoli and eastern-based Haftar.

“NOC has been informed that the instructions to shut down production were given to (the LNA) by the United Arab Emirates,” it said in a statement on Sunday, resuming force majeure on all oil exports.

However, there was no immediate comment on NOC’s accusation from either the LNA or the UAE by the time of filing this story.

Haftar has been on the back foot after Turkish support helped the GNA turn back his 14-month assault on the capital, Tripoli. In the meantime,  the Libyan government is gathering war crimes evidence against Haftar

Meanwhile, after the GNA gained ground, NOC also tried to restart production at the Sharara oil field, but said this effort was quickly shut down and accused Russian mercenaries fighting alongside the LNA of deploying there.

On Friday the Vitol tanker Kriti Bastion docked and loaded at Es Sider port before sailing on Saturday, the first legal export of Libyan oil since the blockade was imposed in January.

Under international agreements, only NOC can produce and export oil and revenues must flow into the Central Bank of Libya. Both those institutions are based in Tripoli, the seat of the GNA.

The LNA said on Saturday it would continue the blockade until a list of conditions were met, including channeling oil revenue into a new bank account based outside the country to then be distributed regionally.

On Sunday the United States Libya embassy said the resumption of the blockade came after “days of intense diplomatic activity” to let NOC resume output, and said it “regrets that foreign-backed efforts” had impeded this.