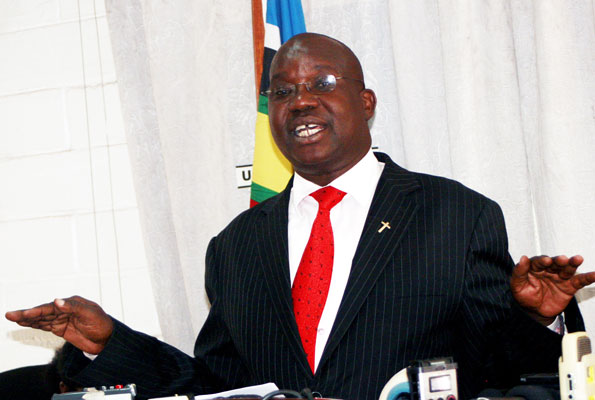 Simon Lokodo, Uganda’s Minister of State for Ethics and Integrity who vehemently lobbied for the death penalty for gay sex for years, was unseated Saturday (September 5) and is no longer a member of the Parliament of Uganda.

In the heated run-off in Dodoth West in Uganda’s Karenga District, Lokodo was defeated in the ruling party National Resistance Movement primaries by challenger Baatom Ben Koryang, who had previously worked as a District Community Development Officer.

Koryang secured a seat in Parliament as an MP with 2,932 vote tally. Lokodo trailed close behind with 2,632.

Simon Lokodo once said Uganda is ‘tolerant’ of gay folks because the country doesn’t ‘slaughter them’.

Often positioning himself as a Catholic moral crusader who holds a fiery contempt for homosexuality, Lokodo has launched a volley of attacks against Uganda’s already vulnerable and marginalised LGBT+ community.

Leading police raids of gay workshops as well as snarling non-government organisations that “promote homosexuality”, Lokodo has spoken fondly of the days when gay people were “stoned to death”.

He once claimed that Uganda is “tolerant” of gay people because the country doesn’t “slaughter them”.

In his hostile, years-long track record, its flashpoint emerged last year when the 49-year-old said the government is thawing its “Kill the Gays” bill, which was thwarted on a technicality five years ago, and threw his support behind it.

Not only would the revamped bill mandate the death penalty for gay people, but it would also criminalise anyone involved in its “promotion and recruitment”.

“Homosexuality is not natural to Ugandans, but there has been a massive recruitment by gay people in schools, and especially among the youth, where they are promoting the falsehood that people are born like that,” Lokodo said at the time.

“Our current penal law is limited. It only criminalises the act.

“We want it made clear that anyone who is even involved in promotion and recruitment has to be criminalised. Those that do grave acts will be given the death sentence.”

The proposal of the bill shuddered through the queer community, and while the legislation’s revival was squashed by ruling lawmakers, activists reported an unparalleled surge in hate crime as it was debated.