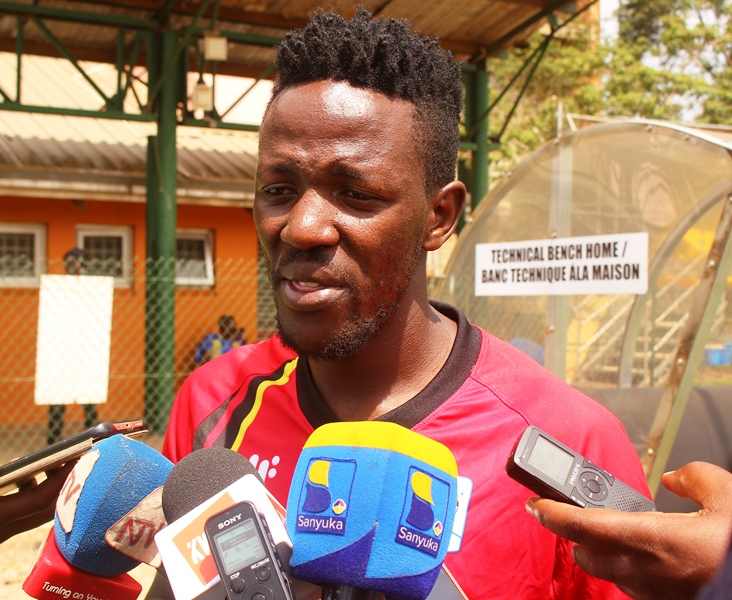 As earlier reported that, negotiating for a transfer with the Lugogo-based giants and was keen to leave Kenyan Premier League (KPL) champions Gor Mahia.

Balinya had stated his stay at the KPL record champions was dependent on the improvement of the club’s financial health.

However, Balinya and his teammates had to go for months without monthly payments and it is one of the reasons that is understood to have forced him to end his association with K’Ogalo.

KCCA have in a video posted on their social media pages the unveiling of the striker on a three-year contract by stating: “Juma Balinya is a yellow!”.

Balinya has also responded by stating: “Here is a new beginning, time to be the top scorer of the league again.”

In Kenya, Balinya struggled to find the back of the net after he was brought on board to replace Ghanaian Francis Afriyie who left for Township Rollers and Gnamien Yikpe who headed in the opposite direction to Yanga in January.

Balinya was the UPL’s 2018/19 top scorer with Police FC and those exploits saw Yanga sign him but the 28-year-old did not replicate the form in the Mainland Premier League.

He and Yanga decided to end their association mutually as the club also dealt with their tough financial status back then.

Balinya’s move to KCCA is the latest exit made by a Gor Mahia star after goalkeeper David Mapigano joined Azam FC on a two-year deal after only a season with the Green Army.

Winger Dickson Ambudo, who had a good start at Gor Mahia in the initial part of the season before somewhat fading, joined the newly-promoted Tanzanian side Dodoma Jiji FC.

Joash Onyango signed for Simba SC whereas his partner at Gor Mahia Charles Momanyi is said to be on his way to rivals KCB. Winger Boniface Omondi was the first player to confirm an exit from Gor Mahia and joined Wazito FC alongside keeper Peter Odhiambo.