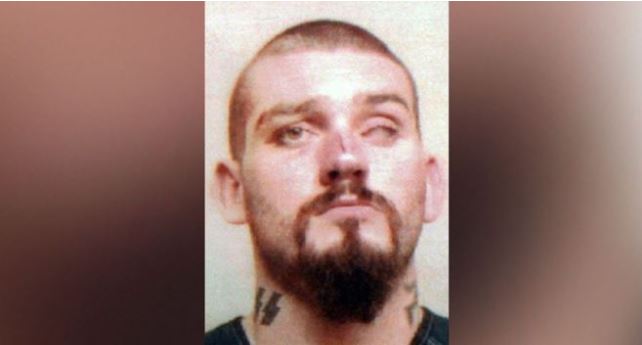 The United States Federal government is set to execute convicted murderer Daniel Lewis, who is a self-confessed racist.

This will be the first federal execution in the United States for more than 17 years and will go ahead in Indiana following a ruling by an appeal court.

Daniel Lewis Lee and an accomplice were convicted of killing three members of the same family in 1996.

Some of the victims’ relatives oppose his execution and sought to have it delayed, saying attending it could expose them to Coronavirus.

But the ruling means the execution by lethal injection will now proceed. The appeal court overturned a decision by a lower court that put the execution of 47-year-old Lee on hold, saying no federal statute or regulation gave the victims the right to attend the execution.

In its ruling, the 7th Circuit Court of Appeals said the family’s claim “lacks any arguable legal basis and is therefore frivolous”.

However, the relatives are going to appeal to the Supreme Court. It will have to act before 16:00 Monday local time (20:00 GMT) to stop the execution.

Lee, a one-time white supremacist who tortured and killed a family of three before dumping their bodies in a lake, had originally been scheduled for execution in December. His case was delayed after the courts blocked the death sentence from being carried out.

Earlene Peterson, 81, whose daughter, granddaughter and son-in-law were killed by Lee, has opposed the execution.

She instead says she wants Lee to be given life in jail, the same sentence as Lee’s accomplice.

“Yes, Daniel Lee damaged my life, but I can’t believe taking his life is going to change any of that,” Mrs Peterson said in a video statement last year.

Lee’s planned execution is one of four that had been scheduled for July and August. All four men are convicted of killing children.

Why the change in rules on executions?

The Trump administration said it would resume federal executions after a long hiatus last year.

In a statement at the time, Attorney General William Barr said: “Under administrations of both parties, the Department of Justice has sought the death penalty against the worst criminals.

“The Justice Department upholds the rule of law – and we owe it to the victims and their families to carry forward the sentence imposed by our justice system.”

The move has been criticised as a political decision, with campaigners also expressing concern about cases being rushed.

Under the US justice system, crimes can be tried either in federal courts – at a national level – or state courts, at a regional level.

Certain crimes, such as counterfeiting currency or mail theft, are automatically tried at a federal level, as are cases in which the United States is a party or those which involve constitutional violations. Others can be tried in federal courts based on the severity of the crimes.

The death penalty was outlawed at state and federal level by a 1972 Supreme Court decision that cancelled all existing death penalty statutes.

A 1976 Supreme Court decision allowed states to reinstate the death penalty and in 1988 the government passed legislation that made it available again at a federal level.

According to data collected by the Death Penalty Information Center, 78 people were sentenced to death in federal cases between 1988 and 2018 but only three have since been executed. There are 62 inmates currently on federal death row.