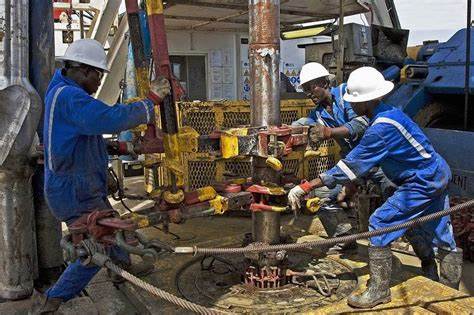 Upcoming elections and doubts over financing for the world’s longest heated oil pipeline could scupper Uganda’s hopes of obtaining FID on its much-delayed Lake Albert crude project before year-end.

Lake Albert was found to hold c.1.7bn bl of crude following Tullow Oil’s discovery of oil in 2006. The financially troubled Anglo-Irish Tullow, French major Total and Chinese NOC Cnooc each hold one-third stakes in the project—although Total agreed in April to buy out Tullow for $575mn: $500mn on conclusion of the deal, plus $75mn following FID. Tullow, which says the sale should be complete by year-end, would receive further payments if Brent prices rise above $62/bl.

The project’s viability depends on the 1,445km East African Crude Oil Pipeline (EACOP) from Uganda to Tanzania’s Port of Tanga. Pipeline funding will be tough despite the two countries signing an agreement for the $3.5bn project in mid-September.

“There are simply too many outstanding issues to be resolved, so 2021 or even 2022 appears more realistic” Hobey-Hamsher, Africa Risk Insight

The Ugandan subsidiary of South Africa’s Standard Bank and Japan’s Sumitomo Mitsui Banking Corp. were reportedly considering whether to finance the pipeline.

“Now, with the challenging environment, it is unclear what the structure of the investment would be,” says Conor Ward, an upstream analyst at research and consulting firm GlobalData Energy. “It is up to the banks. Total and Cnooc are a lot bigger than Tullow so may be able to raise more capital and restructure the investment in another, possibly better, way.”

Total has also signed a host government agreement with Uganda for EACOP, which signifies the oil companies involved have reached a deal on the commercial framework for the broader Lake Albert project, according to Ugandan industry regulator the Petroleum Authority of Uganda (PAU).

PAU says this agreement also represents “significant progress” towards FID, which it predicts will happen by the end of 2020. Total’s chairman, CEO and president Patrick Pouyanne was similarly upbeat, saying at an investor day on 30 September that “we hope we will be able to sanction the project before year-end”, but analysts remain sceptical.

Ugandan president Yoweri Museveni wants FID before the presidential election in early 2021. Meanwhile, Total must also sign a host government agreement with Tanzania, which is holding a general election on 28 October.

“There will therefore be little movement on the necessary pipeline shareholder and shipping agreements for FID to be reached before the end of the year,” says Hobey-Hamsher, who describes Uganda’s expectations for FID by year-end as “entirely unfeasible”.

“There are simply too many outstanding issues to be resolved, so 2021 or even 2022 appears more realistic.”

Tullow in April stated the Lake Albert project was at an “advanced stage”, with all major technical aspects complete and no further exploration or appraisal planned. What remains is to secure the necessary capital and operating costs, says Hobey-Hamsher, whose firm expects oil production to start in 2026. Total did not respond to requests for comment.

“In this low oil price environment, companies must look more heavily into cost reductions. The breakeven price of these projects is roughly $45/bl, which is not too bad, but if oil prices remain around $40-45, they are going to have to drive down costs somehow.”

Wood Mackenzie estimates a higher breakeven price for the overall project at $51.

“The viability of their commercialisation is therefore contingent on Tanzania maintaining its currently generous tariff and transit fee structure,” adds Hobey-Hamsher. “This cannot be assured under the volatile Magufuli administration, which is prone to imposing onerous payment demands on international extractive companies for political gain.”