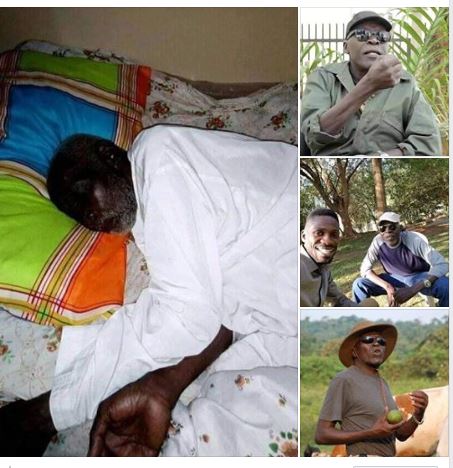 The country on Tuesday woke up to the sad news of Maj. Gen. Kasirye Gwanga, who passed away at age 68, after  battling with lung cancer  for several years.

Family sources reveal that Gen. Gwanga passed away on Monday night at Nakasero Hospital in Kampala, where he had  been bedridden for  days, undergoing medical attention.

However, it should be noted that Gen. Kasirye Gwanga, who died on Heroes Day (June 9th ), was one of the National Resistance Army (NRA)  Bush War heroes who ushered President Yoweri Museveni’s government into power in 1986.

In June 1980, president Binaisa negotiated the return of the political prisoners to Uganda. They were housed at Maluku prison in Mbale district.

Later, they were moved to Kirinya prison, Jinja district. On 7th October1981, Kasirye Gwanga was in the first batch to be released.

The government in power at the time, led by Milton Obote, of Uganda People’s Congress (UPC), mistakenly thought that the recently released prisoners (former Idi Amin soldiers) were involved in attack. Kasirye Gwanga as placed on the “wanted list”. He went underground.

His elder brother, Lieutenant James Kasirye, a military pilot then based at Nakasongola military air base was arrested and tortured, then killed after he failed to reveal where his brother Kasirye Gwanga was hiding.

To avenge the killing of his brother, Kasirye Gwanga joined the UFA rebels, then about 650 in number. This group operated in Mawokota and Mubende areas in Buganda. 1985, he left UFA and joined Yoweri Museveni’s National Resistance Army, which captured power in January 1986. During the drive to capture Kampala, Kasirye Gwanga commanded a 120mm Artillery Unit.

Between 1986 and 2005, he served in several roles including the LC5 chairman for Mubende district and the Director of Stores in UPDF. On 31 January 2005, he retired from UPDF at the rank of Brigadier.

However, after three years on the on the outside he returned to the military and asked to be re-instated. The UPDF Commander-in-Chief allowed him to rejoin the army at a renewable contract of five years and he served until he was promoted  to the rank of Maj. General and retired by the UPDF in 2018.

Kasirye Gwanga is survived by a widow and several orphans. He is a commercial farmer and wh left behind two farms; one in Mubende District, and another in Mukono District that measures 200 accres (0.81k2) which he referred to as Camp David9.

Burial arrangements for the deceased’s remains will be communicated to you in our subsequent updates.