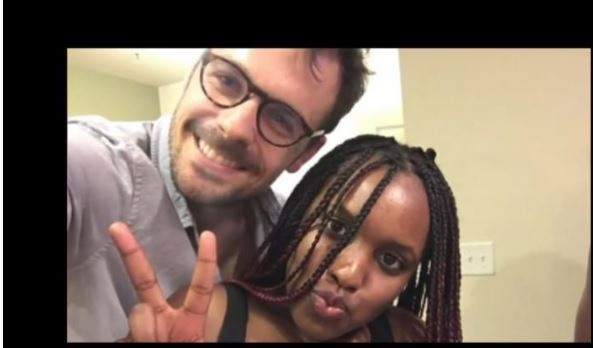 The family of Esther Nakajjigo, a Ugandan activist who died in a tragic accident in the USA early this year, is demanding over $270m  (Shs998Bn) in compensation and damages.

Nakajjigo was the European Commission Young Leader and the US Department of State Young African Leader, a member of the Women Ambassadors’ Forum in Dallas, Texas, and a youth expert at the African Union-European Union Youth Cooperation Hub in Addis Ababa, Ethiopia.

In an interview carried by CBS4 television station in Denver this week, Ludovic Michaud, Nakajjigo’s husband, who lives in Colorado, said he still has flashbacks of the accident and is “trying to figure out how to move forward, how to wake up in the morning.”

The couple married in March and planned to throw a big wedding party in Uganda once the COVID-19 pandemic was over.

Nakajjigo, 25, was visiting Arches National Park in Utah with her French husband Michaud in mid-June when an unsecured gate swung into the road, decapitating her as she sat in the passenger seat of their car.

The newlywed couple had travelled to the park to celebrate the one-year anniversary of their first date.

Michaud is seeking $240 million in damages from the National Park Service, while Nakajjigo’s family is seeking $30 million, US media reported on Friday.

“For want of an $8.00 basic padlock, our world lost an extraordinary warrior for good; a young woman influencer who was destined to become our society’s future Princess Diana, philanthropist Melinda Gates or Oprah Winfrey,” the claim, which is a precursor to a lawsuit, stated.

“What he saw and experienced that day, I cannot even imagine,” Deborah Chang, an attorney representing Michaud and the Nakajjigo family, told local media. “The end of the gate impaled the car like a lance, and literally beheaded his newlywed bride right in front of him.”

Nakajjigo had a huge following in her native Uganda and was involved with numerous philanthropic projects.

She was especially interested in reducing teenage pregnancy and created a reality television show to empower women.

She had gone to the United States to further her education and met Michaud in June 2019 through a dating app.

The couple married in March and planned to throw a big wedding party in Uganda once the COVID-19 pandemic was over but she never lived to see that day.

The National Park Service did not immediately respond to a request for comment on Friday, nor did Michaud’s attorney.