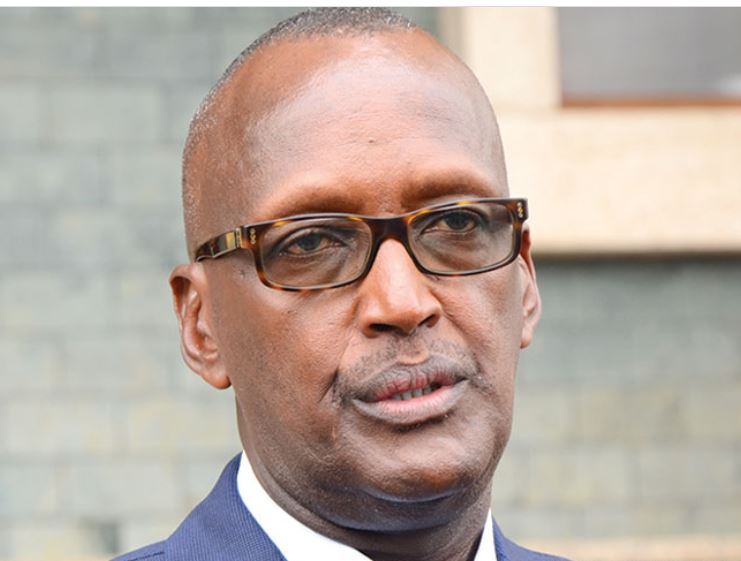 The planned campaigns for presidential candidate  Lt. Gen. Henry Tumukunde, which were scheduled to be held in  Kasese District today have flopped after scuffles between his supporters and the police.

Gen. Tumukunde, who is contesting on Independent  ticket and had planned to hold scientific campaigns in Kasese in accordance with the Electoral Commission (E.C) Standard Operating Procedures,  was shocked after the police blocked him from holding the same, without giving him any reasons.

A standoff ensued between his supporters and the police, which prompted the security agencies  to fire teargas  at Tumukunde’s supporters to disperse them.

Commenting about the unfortunate developments, Gen. Tumukunde said that; “The army in western Uganda is in full motion. Corporals pointing guns at me General Tumukunde! What kind of nonsenses can this be?”

He added that; “There is no line of communication between the Electoral Commission and the Police. You can’t tell if we are running on police rules or the EC rules.”

Gen. Tumukunde has since accused  the police in Rwenzori region of frustrating his efforts to address his supporters in Kasese and Bunyangabo. Tumukunde is now in Fort Portal where he is also uncertain on what will happen.

However, the acting E.C spokesperson Paul Bukenya has since refuted Tukunde’s allegations, asserting that the security forces have a role to play before, during and after elections.