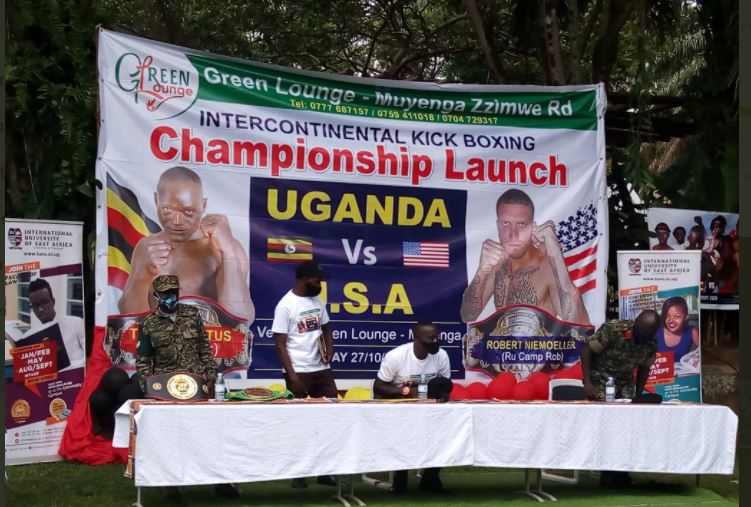 Ugandan renowned kickboxer Titus Tugume, who made headlines after his controversial fight with Moses Golola some time back, is back in the ring, this time with an American called Robert 2020.

Tugume is set to battle it out with Robert for an Intercontinental Fight which will be held on Tuesday October 27, at Green Lounge, in Muyenga, a city suburb.

He revealed this today during a press conference that was held at Green Lounge Hotel in Muyenga, Kampala and graced  by high ranking UPDF officers, among them Lt. Col. Deo Akiiki, the UPDF deputy spokesperson, among others.

After parading some of his trophies and belts from previous fights,  Tugume assured all and sundry that  he is ready to send Robert packing back to America on the day of the fight, because he won’t take too long to finish him off.