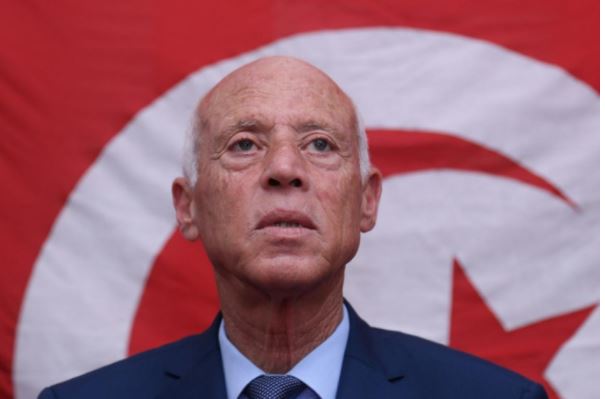 All is not well in Tunisia after the North African country’s President Kaïs Saïed reportedly escaped a poisoning attempt.

The news about his poisoning was circulated by several Tunisian and Maghreb media before the Tunisian Presidency confirmed Wednesday, January 27 in the early evening, that a suspicious package was sent to the Presidential Palace in Carthage.

A suspect package containing only a suspicious substance reached the Presidential Palace in Carthage, a source from the Presidency told the official news agency TAP Wednesday.

However, President Kaïs Saïed did not receive the package that was opened by an employee in the presidential palace, the source said, indicating that the employee is in good health.

The suspicious substance in the package is being analyzed to determine its nature and its possible toxicity. An investigation was also opened by the Tunisian security services to find out the provenance of the package and shed light on this case.

According to several Tunisian sources, the substance in the postal package sent to the Tunisian Presidency is Ricin, which is a highly toxic poison, inexpensive and easy to prepare. If inhaled, Ricin is much more toxic than injected or ingested, and a few milligrams are sufficient to cause death.

The poisoning attempt against Kaïs Saïed comes amid political tensions, wrangling over a new cabinet, and widespread social protests that have rocked Tunisia since mid-January.

On Tuesday, a major demonstration took place in front of the Parliament to criticize the political class and to denounce the police repression against the demonstrators who have been demanding for several days the improvement of their living conditions, and the release of the arrested protesters.

The same day, the deputies validated a cabinet reshuffle only five months after its appointment. As a sign of the political crisis shaking this country, President Kaïs Saïed criticized the new executive, saying he was not consulted on the appointment of the 11 new ministers.

Tunisians seem trapped in the semi-parliamentary regime that Tunisia chose ten years ago and this chronic instability of the country has repercussions on the management of the country, where thirteen governments have succeeded one another since 2011.

The country seems incapable to make the tough decisions necessary to deal with a persistent economic crisis. And since the resignation of Tunisian head of government Elyes Fakhfakh in July 2020, the Tunisian political class continues to be torn apart over endless internal controversies, relegating the country and its problems to the background.

On January 25, at a meeting of the Tunisian Security Council he chaired, the Tunisian President declared candidly that he “would like to inform the Tunisian people that all my reform initiatives have been in vain, undermined by the system in place. But until my last breath, I will protect the revolution.”

Observers noted that this statement sounds like a deep admission of helplessness.

However, this is not the first poisoning attempt against President Saied. In august last year, Tunisian media revealed a plot to assassinate the president by using poison.

According to press reports, a businessman offered 20,000 Tunisian dinars as a bribe to a bakery worker who supplies the Presidency with bread, for putting poison inside the special dough ordered by the Presidency. The worker revealed to the security units the scheme.

After assuming power, Saied entered into a direct political battle with the Islamic and Brotherhood currents. He does not hesitate in every media occasion to criticize the head of the Islamist Ennahda party, Rached Ghannouchi.