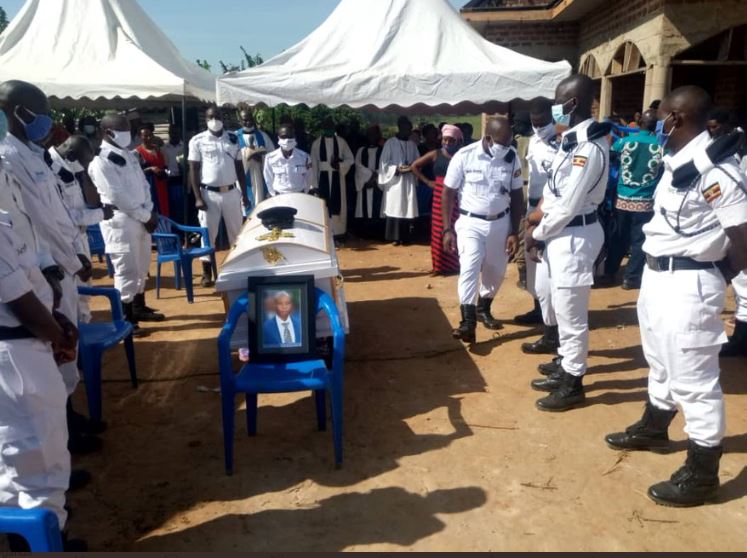 A police officer who was early this week knocked by a speeding Rav4 car in Namanve and later passed away at Rubaga Hospital, has been Thursday laid to rest.

Accoridng to Kampala Metropolitan Police spokesperson PAtrcik Onyango,  Private Constable Innocent Ayesigye, who was rushed to hospital after sustaining grave injuries but later breathed his last, has since been buried in his ancestral home in  Ntungamo District.

“Our Traffic Officer PC Ayesigye Innocent, who was knocked over the weekend and later died will  be laid to rest today in Rwamabondo village, Ntungamo District. MHSRIP,” Onyango tweeted on Thursday.

Meanwhile, the police also reveal that they have since arrested the errant driver after he handed himself over to Seeta police to help detectives with investigations.

“The Driver of car Reg. No.UAS 597U &his Co-Driver have reported themselves to Seeta Police. They knocked our Officer on Sunday evening at Namanve & didn’t stop. We are charging them with; reckless driving, Causing death through reckless driving & failing to report accident,” Onyango revealed in another tweet.

However, he declined to divulge details of the suspects and where they are currently being detained, although we have since established that they will produced in court to face the above charges when investigations into the matter are completed.