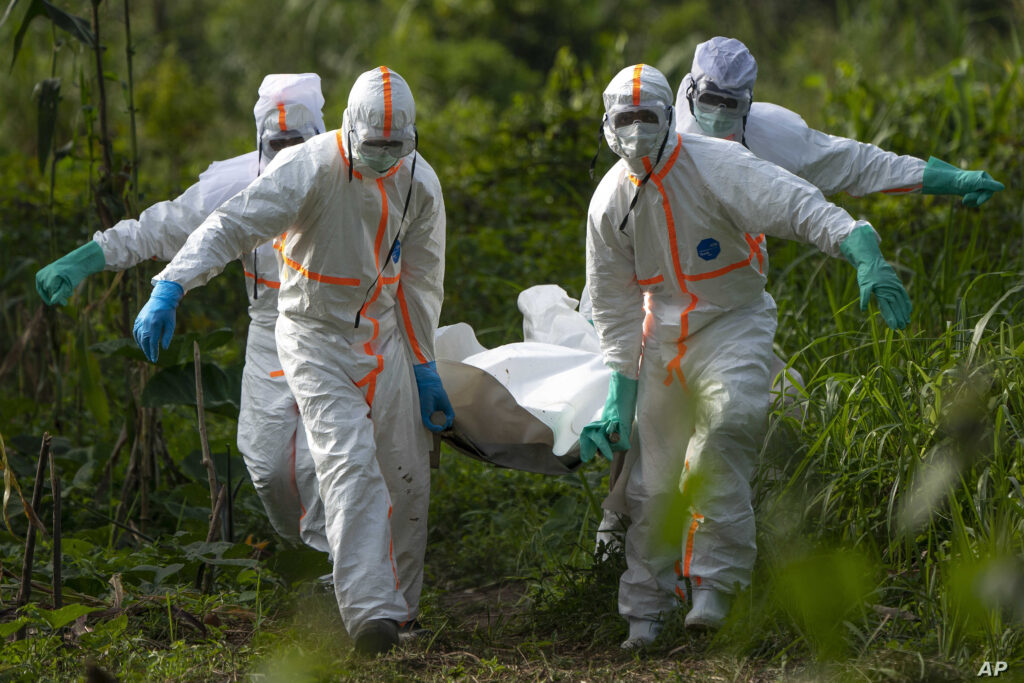 Case found in Butembo, epicentre of a major outbreak that was declared over last June after nearly two years.

The Democratic Republic of the Congo has confirmed a third Ebola case this week in North Kivu province, provincial health minister Eugene Nzanzu Salita has said.

The case was found in Butembo, a city of more than one million people and the epicentre of a major outbreak of the disease that was declared over last June after nearly two years.

“We are in a meeting to gather all the information on the investigations done around this case,” Salita said on Friday.

Congo’s health ministry announced a resurgence of the disease on February 7, after a woman contracted Ebola and died. She was married to a survivor of the previous outbreak.

Two people have died from Ebola this week in North Kivu.

On Friday, 1,200 doses of Ebola vaccine and cold chain equipment arrived in Butembo, the health ministry and the World Health Organization (WHO) said in a statement.

Health workers are training vaccinators and tracing more than 100 contacts in the districts of Biena and Katwa, the statement said.

A new outbreak would be Congo’s 12th since the virus was first discovered near the Ebola River in 1976.

The Ebola virus causes severe vomiting and diarrhoea and is spread through contact with body fluids.

Matshidiso Moeti, WHO regional director for Africa, said on Thursday during a briefing that the UN health body was working in coordination with the DRC’s government to prevent the spread of the disease.

The first two Ebola cases were detected nearly three months after the DRC announced the end of its 11th outbreak hundreds of kilometres away in the northwestern province of Equateur, which infected 130 people and killed 55.

That outbreak overlapped with an earlier one in the east running from August 1, 2018, to June 25, 2020, that killed more than 2,200 people, the second most in the disease’s history and the deadliest in the DRC.

The last person declared recovered from Ebola in Equateur was on October 16.

The widespread use of Ebola vaccinations, which were administered to more than 40,000 people, helped curb the disease.

Over the past year, two Ebola vaccines have been approved and distributed, including one from drug company Johnson & Johnson which has also produced a COVID-19 vaccine that will only require one shot and can be stored at regular refrigeration temperatures.

The emergence of more Ebola cases could complicate efforts to eradicate COVID-19, which has infected 23,600 people and killed 681 in the DRC.

A COVID vaccination campaign is expected to start in the first half of this year.

Peter Piot, director of the London School of Hygiene and Tropical Medicines, said during the WHO briefing that there are no reasons preventing the distribution and administration of vaccines effective for both Ebola and COVID-19.

Ebola is a virus-caused haemorrhagic fever that is spread through contact with body fluids. In extreme cases, it causes fatal bleeding from internal organs, the mouth, eyes or ears.

The average death rate from Ebola is approximately 50 percent but this can rise to 90 percent for some epidemics, according to the WHO.

The virus that causes Ebola is believed to live in bats.