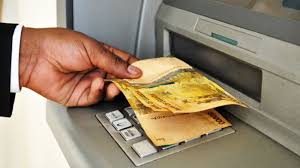 This week, a proposal was brought to tax bank withdrawals as a means of generating revenue that will help our leaders get motivated to sacrifice for this country.

You know it’s bad for a farmer to keep milking a cow that she doesn’t feed. It’s not good for the citizens to keep milking their leaders asking for services yet the leaders are not given enough facilitation to make them happy so that they can deliver those services.

Imagine we now have 519 MPs, for them to execute their duties well, they need comfortable vehicles which can manage the poteholed roads that Ugandans have failed to work on. These vehicles will cost 320 million each, meaning that we need 166bn for that purpose. On top of that each MP has been getting an average of 30 million per month, this money is very little depending on the sacrifice that these MPs are doing for us. So we think their salary should be increased to 40m per month, this means we shall be paying them 20bn per month for 60 months they will be in Parliament translating into 1.2 trillion.Ofcourse this is if we don’t increase their term to seven years.

So by government introducing this tax, they are trying to raise resources to support this Parliament. I have seen people argue that we need to increase salaries of teachers, Police or medical workers, those ones can wait. Let’s first handle essential workers like MPs, Ministers, RDCs, Presidential advisors etc. We also have to support our President so that he can do more sacrifice. You see during Covid 19 we gave him about 2 trillion as classified expenditure, although no body knows how Museveni spent this money we are sure that he used it to sacrifice for this country and that’s why we are stable. Also that’s why we were to able to send bicycles & motorcycles to the NRM leaders across the country so that they can mobilise for operation wealth creation program & emyoga.

So every patriotic Ugandan should see that it’s important we pay these taxes. Ugandans are taxed less, imagine 30% tax from your salary & you complain that you are being taxed a lot & withdrawals should not be taxed? Remember this tax comes back to you in form of free education, free health care, roads, free every thing. So why complain?

The only people we can exempt are MPs, Ministers & the President, because we don’t need to interrupt them yet they are sacrificing for their country. Imagine our leaders don’t even have time to sleep because they are busy planning for our country, so why tax them?

Finally here are my other proposals on how we can raise more money.

Church offertories, seed money & tyth should be taxed. Why should all this money go back to God without taxing it yet NRM brought freedom of worship? After all God knows that during campaigns our beloved leaders shall bring part of stolen taxes to places of worship as part of voter bribery so that they can be re-elected to serve us.

Government can also tax weddings & burials. This is because NRM brought too much peace that Ugandans are extravagant, so government should look at the budget of weddings & funnels and then deduct 10% luxury tax.  Then we can also put death tax or mabugo tax on everyone who dies to be paid by the mourners. Surely someone dies & leaves the burden to government, we can ask parish chiefs & LC1s to help in collecting this money after all they have bicycles. Remember we allocated 60m to burry MPs who die, so how shall we raise this money if we don’t put such mabugo tax?

Then government can also tax school fees per child, Imagine we have over 10 million children in schools, even if each was taxed 20,000= per term which any parent can afford, it would translate into 200 billion per term hence 600bn per year. These children should be taxed because NRM immunised them & saved them from six killer diseases. If it was not NRM they would be dead, you see before NRM came to power there was no immunisation that’s why Museveni & his Ministers who were born before NRM all are suffering from polio.

Then we have Ugandans who are ever on social media abusing their leaders instead of worshipping them, government should re-introduce service fee for all phones/sim cards. Because it’s NRM which brought phones, there are no phones in Rwanda, Kenya, Tanzania, DRC or South Sudan, they are only in Uganda, we even have a factory called Simi Mobile. We estimate that we have 20m sim cards on air, if each pays 20000 per year (1660 per month) we shall be able to generate 400bn shillings. Here we may even be able to fund out own budget after all the foreigners are now supporting opposition.

I think when we collect enough taxes of this nature, we will be able to raise salaries & allowances of people who are sacrificing to promote this government. People like Full Figure, Baram Barugahara, Bebe Cool, Kusasira, Bassaja Mivule, Andrew Mwenda etc are helping this country to open Ugandans’ eyes so that they can see the achievements of NRM government. We can also use it to cater for people like Fred Enanga, Flavia Byekwaso, Elly Tumwine & Chris Baryomunsi who are surely giving Ugandans accurate information about their affairs.

Therefore we Ugandans should stop lamenting and pay these taxes after all, we are too lazy to remove this government