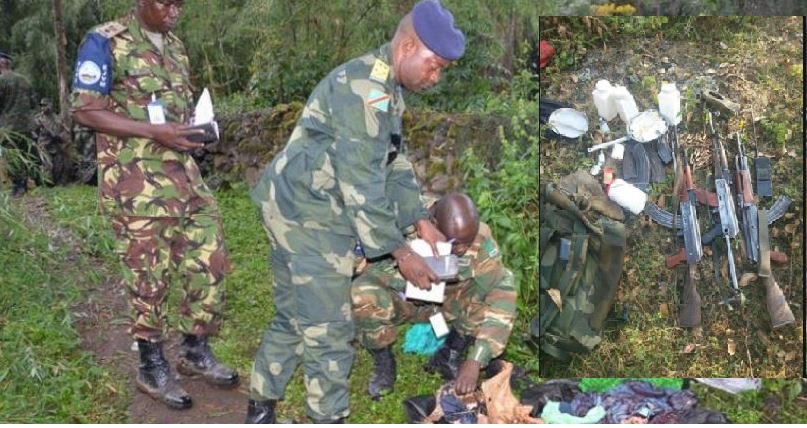 Authorities in Rwanda are hunting for unknown gunmen attacked a base of Rwanda Defence Forces (RDF) near the border with Burundi, injuring several soldiers, on Saturday.

This comes at a time when Rwandan security services were considering such incidents had subsided in recent months.

“The gunmen attacked from Burundi and they fled back in the same direction, leaving behind four of their dead and various military equipment that include weapons and communication radios,” said Munyengango.

He added that;“Three of our soldiers sustained minor injuries. We reassure Rwandans that

action will be taken against those responsible.”

However, Burundi is yet to comment on this development.

The two countries are thought to be involved in covert military operations against each other, a situation that has persisted for years now.

Kigali has for the last few years been accusing Burundi of helping Rwandan dissidents living in DRC to attack Rwanda.

On the other hand, Gitega blames Kigali for training Burundi rebels and commanding rebels to undermine Burundi’s security, although both countries deny the counter accusations.

However, political analysts contend that the new development could lead to an escalation of tensions between the two countries especially if Rwanda decides to retaliate.

And anticipating a possible attack by Rwanda’s commando teams, Burundi could beef up security along its border with Rwanda.

The incident occurred hardly a day after the burial of departed Burundian President Pierre Nkurunziza.

Munyengango said the attackers’ intention was to harm people inside Yanze IDP Model Village which is protected by the attached RDF position and located just one kilometre from the border.

“Additionally, the attacking force originated and retreated back to Burundi through Burundi Defence Force position at Gihisi in Bukinanyana community,” Munyengango noted.