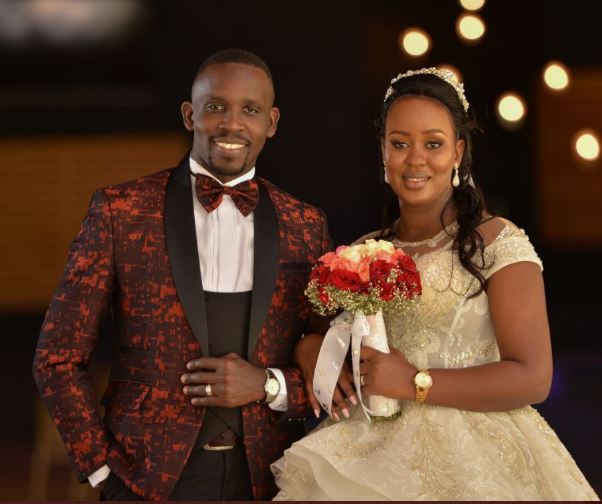 MP Robert Kyagulanyi aka Bobi Wine’s spokesperson Joel Ssenyonyi has survived cold nights and ‘bonking behind the scenes’ after he officialised his bonking marathons by the tying the knot with his longtime lover.

Our Moles intimate that Ssenyonyi  and his to be identified wife were united in holy Matrimony during a Scientific wedding that was held on Saturday morning and attended by a few of their close friends and relatives.

Shortly after the wedding, Ssenyonyi posted a picture of his with his lovely wife, which he accompanied with the caption; ‘Behold, Mr, &  Mrs. Ssenyonyi.

Several of Ssenyonyi’s followers online have since started showering the couple with congratulatory messages, with many of them wishing them a fruitful marriage.

Watch this space for details!