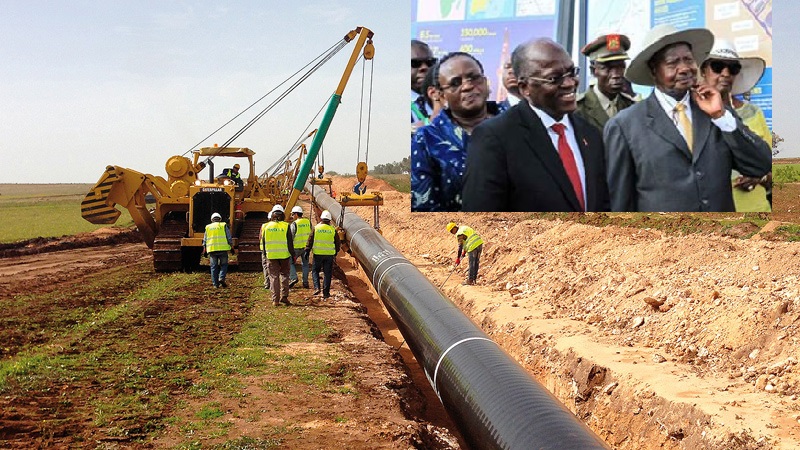 The future of Uganda’s oil sector is brightening up after President John Pombe Magufuli’s government agreed to resume talks of constructing   the crude oil pipeline from the Albertine Graben an oil refinery in Tanzania.

This website has learnt that Negotiations for a Host Government Agreement (HGA) for the East African Crude Oil Pipe-line (EACOP) project will start soon.

This follows completion of Total Oil’s acquisition of 33.334 percent of Tullow Oil’s stake, thus paving way for the French oil giant to own a 66.7 percent of upstream stake in the project.

Also, this has given it legal ownership and the right to fast-track execution of the Crude Oil Pipeline project. The HGA is an agreement between a foreign investor and the local government which is intended to reduce financial and political risks posed to investors by sudden changes in national laws.

The HGA outlines issues pertaining to tax and other revenues to be accrued from the project; participation of Tanzanians in the project and how to deal with challenges that might arise during implementation of the project.

HGA talks with Tanzania will start after the talks between Total Oil and Uganda are concluded.

They will also come after the completion and issuance of an environmental impact assessment certificate by the National Environment Management Council (NEMC).

The oil pipeline will start in Buseruka sub-county, Hoima District, in Uganda’s Western Region. It will travel in a general south-easterly direction to pass through Masaka in Uganda, Bukoba in Tanzania, loop around the southern shores of Lake Victoria, continue through Shinyanga and Singida, to end in Tanga, a distance of approximately 1,410 kilometres (880 mi).

Uganda had previously agreed to build a joint Uganda–Kenya Crude Oil Pipeline to the Kenyan port of Lamu.

However, concerns regarding security and cost motivated parallel negotiations with Tanzania regarding a shorter and safer route to Port Tanga, with the support of the French petroleum conglomerate Total SA.