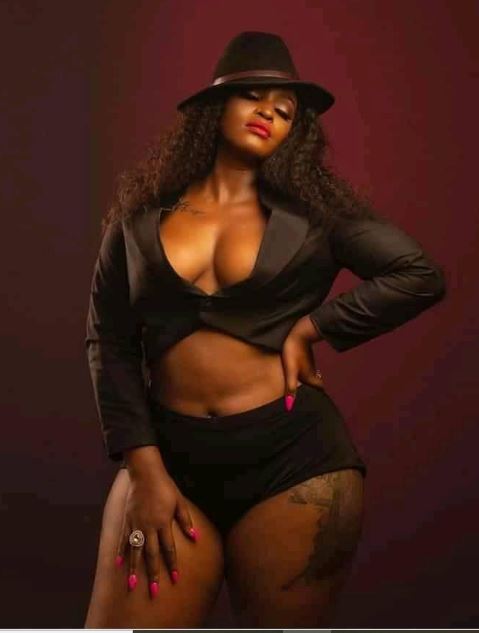 Bootylicious singer Winnie Nakanwagi aka Winnie Nwagi, who is known for her sleazy attires and seductive dance moves, has decided to celebrate her 29th birthday with a very kinky photo shoot which has left many tongues wagging.

Nwagi, who is known for hit songs like ‘Kwata Essimu’, ‘Jangu’, ‘Fire Dancer’ and others, shared a series of very tantalizing snaps on her social media platforms as one of ways to appreciate how she has grown into a mouthwatering woman over the years.

In one of the snaps Nwagi, who is signed to Swangz Avenue music label, is seen dressed on hot panties and a top that exposes her very tempting cleavage, while in other snaps she is seen dressed on a silken pink swim costume that flaunts her voluptuous booty!

However, our Moles intimate that Nwagi’s sensational snaps have left many of her fans tantalized, with  several of them pouring adoration upon her, while many are yearning and being tempted to touch what they see.

A single mother who has steadily raised her own daughter into a fine young girl, Nwagi was a few months ago said to be dating  fellow singer Chose Blood, although she neither  refuted nor admitted the rumours.