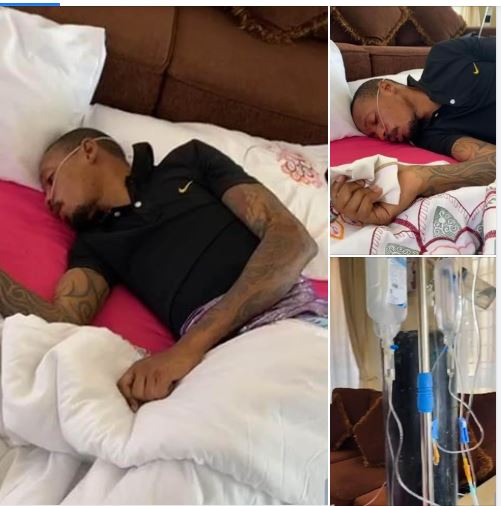 Once popular socialite Bryan Kirumia aka Bryan White is battling for life after being returned to his home from Nakasero Hospital, where he had been undergoing medical attention.

Bryan White is battling a strange illness and medics at Nakasero Hospital advised his minders to return home after he failed to respond to medication.

However, the Moles intimate that Bryan White is currently choking on medical bills worth several millions of shillings, utility bills, rent, payment for his caretakers among other expenses  which have all left his coffers terribly depleted.

We are told that after  being left with no other options Bryan White has since started selling off some of swanky rides, such that he can raise money to cater medical and other bills that he is choking on.

We have since learnt that Bryan White’s once big convoy that consisted of a Mercedes Benz G Wagon, Lexus 2019 Model, Range Rover, Tundra, several vans and other vehicles in no more.

According to Moles, most of the rides have either been sold or seized by former owners who Bryan White paid half of the purchase price and failed to pay the remaining balance.

Bryan White  became popular a few years ago after reportedly receiving billions of shillings from State House to counter Bobi Wine’s influence and support among the ghetto youth.

Through his now defunct Bryan White Foundation, the socialite dished out millions of shillings to musicians  and several groups of youth who confessed that they  were reformed criminals.

However, the Foundation, which had shifted base from Kampala to Busunju in Mityana District, has since died a natural death.

He made headlines last month after being accused by three of his former female employees at the Foundation of allegedly drugging and severally abusing them sexually, on top of forcing them to abort, allegations Bryan White vehemently denied.