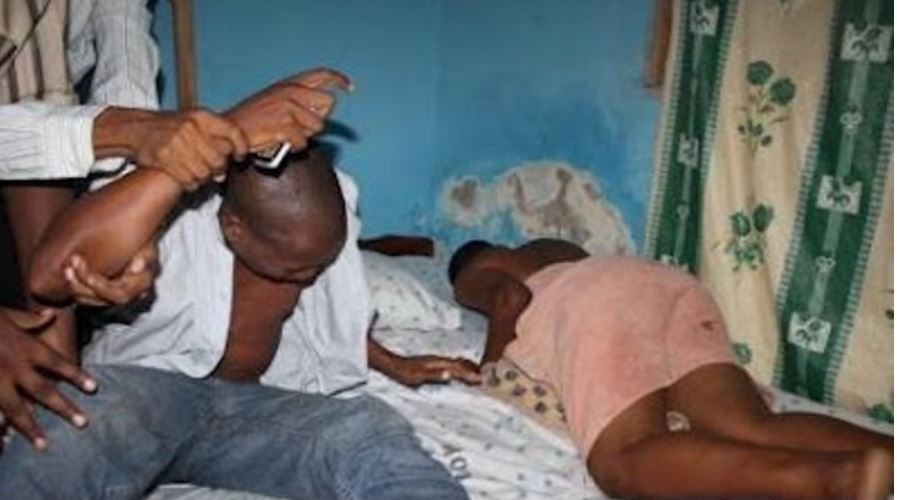 Untold shame has engulfed the police force after one of their officers was on Friday allegedly caught having sex with a COVID-19 patient in a quarantine centre in Busia District, without fear or favour!

Sources from the COVID-19 Taskforce in Busia District revealed this website that the errant police officer was also immediately quarantined at the Agricultural Training Centre (ATC, such that he could undergo tests to determine whether he had been infected with COVID-19 or not.

The ATC quarantine facility is usually guarded by three police officers and three prison warders around the clock.

The centre admits COVID-19 patients from the Busia GK Prison and the neighbouring community. The two groups (inmates and ordinary citizens) are, however, kept in separate wards.

It is said that at around 10:00pm on Thursday night, one of the prison warders manning the facility, identified as Police Constable Emmanuel Ng’etich, began engaging a COVID-19 patient in a conversation.

Another prison warder, Police Constable Jeff Obondo, who was puzzled by Ng’etich’s actions, went to the guardroom, where he informed his colleagues about what Ng’etich was doing.

“All the officers [thereafter] went to check what was happening. However, they did not find Ng’etich and the COVID-19 patient. As a result, they became suspicious and started looking around. Several minutes past 10:00pm, they heard noise and commotion emanating from the women’s ward,” said a police report filed at the Busia Police Station at 00:30am Friday, July 17.

“The police officers rushed there and found all the female patients outside, complaining that Police Constable (Ng’etich) was raping the lady whom he had earlier struck a conversation with,” the report added.

Authorities say when they went into the woman’s room, they found her and Ng’etich naked in bed, although she was not complaining or struggling.

However, many people have been left wondering about the kind of horniness Ng’etich had, which forced him to risk his life by bonking a COVID-19 patient, well-knowing that he could easily get infected too.

However, by the time of filing this story, the police was yet to issue a statement about this shameful incident.