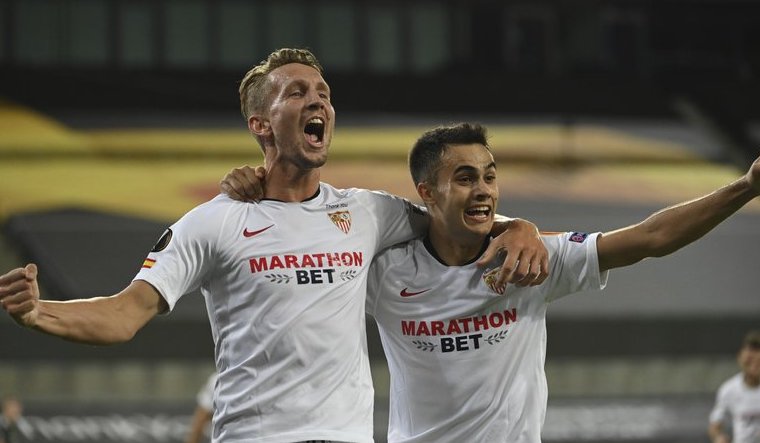 Sevilla have advanced to the Europa League final after beating Premier League side Manchester United on Sunday.

Julen Lopetegui’s side booked their spot in Friday’s final after seeing off United 2-1 in Cologne.

Sevilla then won the game in the 78th minute when ex-Manchester City star Jesus Navas set up De Jong who tapped home from close range.

Victor Lindelof and Fernandes clashed over who was responsible for Sevilla’s second goal in a fiery moment.

Meanwhile, Sevilla will face either Inter Milan or Shakhtar Donetsk in the final on Friday.