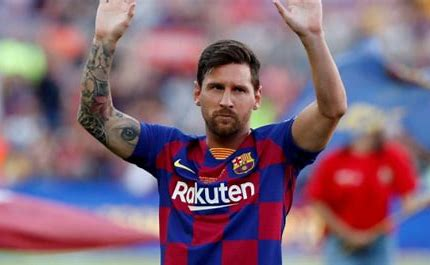 Lionel Messi has asked to leave Barcelona this summer. The Argentine’s contract is set to expire in 2021 but seems to have his mind set on leaving now rather than later.

Turns out it can get worse for Barcelona fans.

Only days after recording their worst-ever loss after losing to Bayern Munich 8-2 in the UEFA Champions League quarter-finals, captain and legend Lionel Messi has asked to leave the club.

This comes from Marcelo Bechler, a Brazilian journalist who was the first journalist to break the Neymar transfer to PSG.

When translated it says that Messi wants to leave Barcelona this summer and not wait until the expiration of his contract in 2021.

Messi has been linked with clubs such as Manchester City, Manchester United, Inter Milan, and PSG.

“This would be the perfect week to put a bid in for the 33-year-old Argentinian and I could easily see him playing in Manchester – at either United or City.”

However, this could ultimately just be an attempt of getting another pay-rise but with more and more reports coming out of his desire to leave, this could be the final nail in the coffin for Messi’s career at Barcelona.

Messi’s last game could ultimately be the humiliating loss to Bayern Munich where he wasn’t able to influence the game whatsoever. The Argentine seemed to be outclassed by Alphonso Davies who defended him incredibly well.

What do you think about Lionel Messi asking to leave Barcelona?